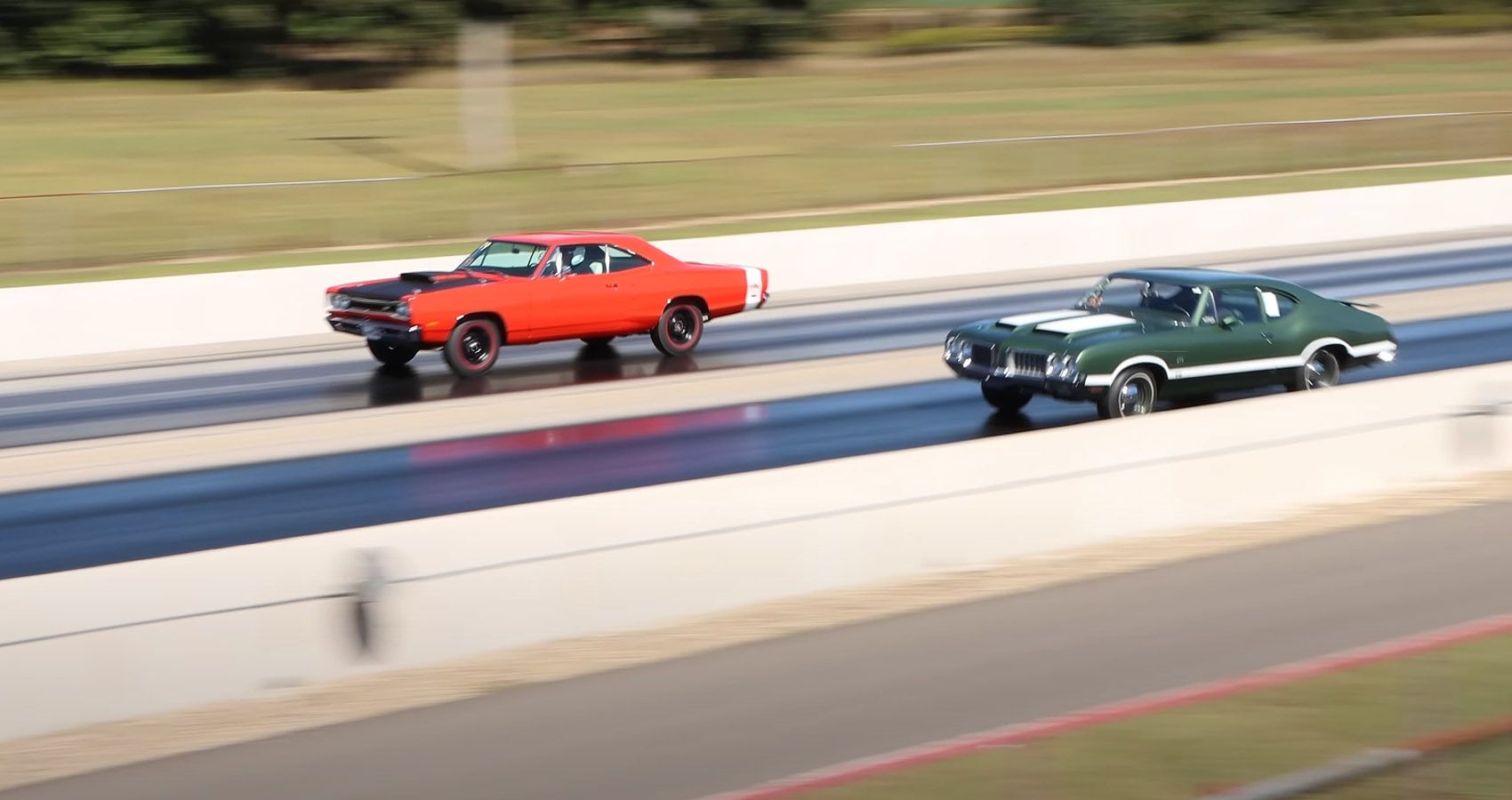 In this drag racing series, we see these classic muscle cars racing neck and neck across the strip, and the result is very close.

So what is it about drag racing that makes most fans cling to the edge of their seats and marvel? It’s the undeniable need for speed, which is why this classic drag race, with plenty of Mopar, is enough to please most car fans.

A 1969 To dodge Super Bee butts heads with a 1970 Oldsmobile F85, and the thrilling conclusion comes from the Cars and Zebras YouTube channel because YOLO! Which classic muscle car would you hedge your bet on?

A very special Olds and a Super Dodge

The video first focuses on the 1970 Oldsmobile Cutlass F85, not least because it comes with the W-31 package. The specialty of this car was not the 350 ci V8 engine, but the 308 cams, with intake and exhaust valve lift and overlap.

Newly designed cylinder heads and a special air induction setup transformed this superb classic into a fire-breathing dragon, with better compression and a 3.91 gear ratio, so on paper the power jumped up to 325 horsepower and 360 lb-ft of torque. This little firecracker goes up against a 1969 Dodge Super Bee A12 with a 440ci six-pack V8, automatic transmission and 4.10 reverse gears. It featured an Edelbrock aluminum intake manifold with provisions for three Holley 2300 series two-barrel carburetors. During normal riding, the mid-carb would suffice, but for extra grunt, the side-mounted dual CFM barrels would fire for a total of 390 horsepower and 490 lb-ft of torque.

Given that both cars are special, which do you think would lead?

For the third and final round, the winner takes it all. The Oldsmobile F85 completes a valiant quarter-mile run in 12.595 seconds at a thrilling top speed of 110.29 mph. It was the Dodge Super Bee that took the win in 12.518 seconds at 109.29 mph. The battle is intense and the winner is marginal, but a victory is still a victory.