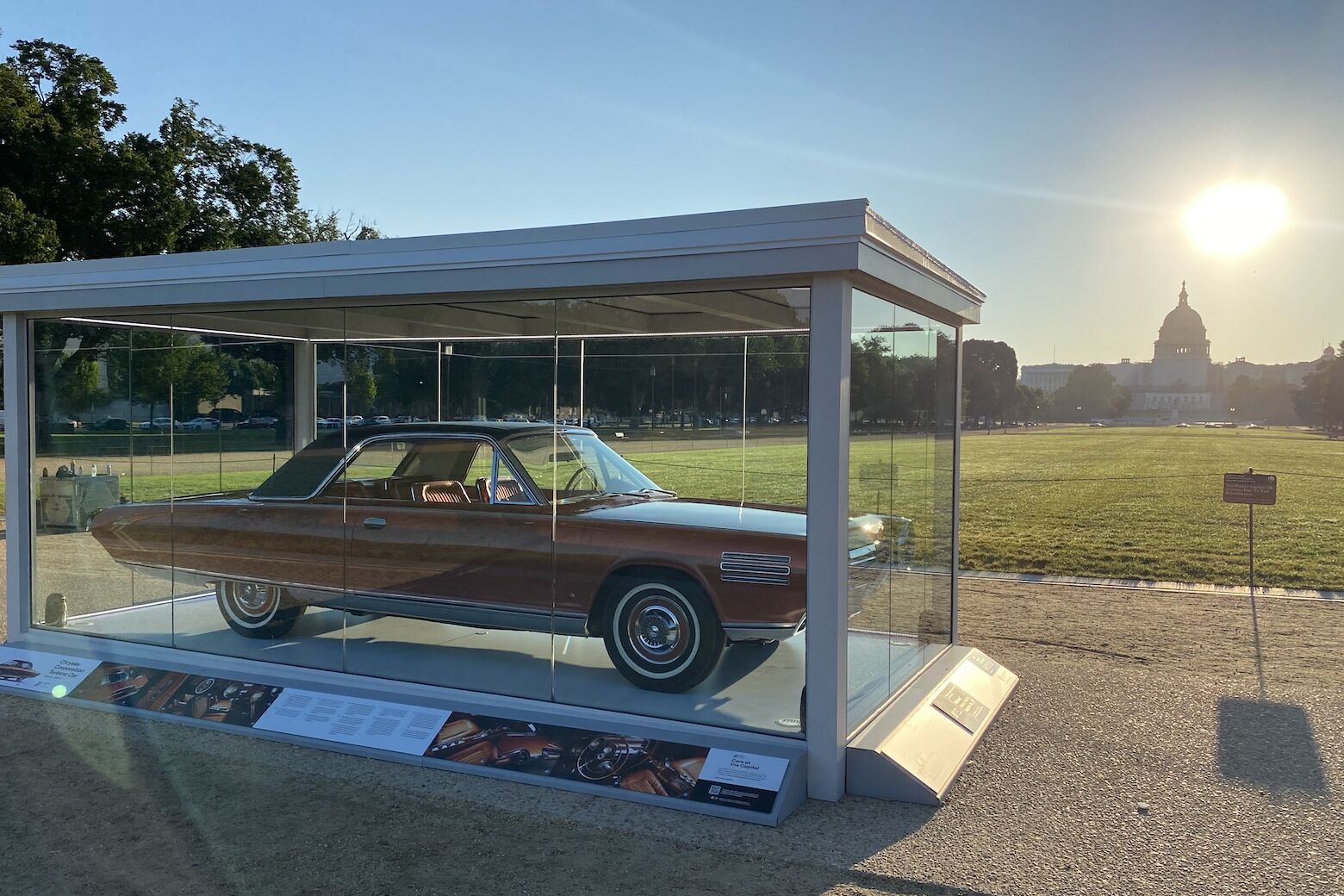 Cars at the Capital is back on the National Mall, and this time it features a futuristic, ultra-rare, and ultra-precious piece from the 1960s.

Cars at the Capital is back on the National Mall, and this time it features a futuristic, ultra-rare, and ultra-precious piece from the 1960s.

A 1963 Chrysler Turbine Car is on display in DC between the National Air and Space Museum and the National Gallery of Art until Sunday.

The bronze-colored two-door has a revolutionary power plant, for a car.

“It was jet propulsion; he was looking for alternative fuels,” said Diane Parker, vice president of the Hagerty Drivers Foundation, which is behind the exhibit.

The aviation-style turbine engine runs on anything from kerosene to tequila, she said.

Fifty of the cars were given to consumers to test drive. And the one in the Mall is just one of three running examples that remain. A good estimate of its value would be in seven-figure territory. It is currently owned by the Stahls Automotive Collection in Michigan.

“I was riding to work and it caught my eye from afar,” said Mike Orrick of Annandale, Va. “It’s pretty cool the way they…juxtaposed it with the Capitol in the background.”

The Chrysler replaced the 1952 “Fabulous Hudson Hornet” race car at the Cars at the Capital exhibit. This car was the inspiration for a character in the “Cars” animated films.

“And we found that the children, as they walked towards the car, were shouting ‘It’s Doc Hudson! ‘” Parker said.

Both the Chrysler and the Hudson are part of the National Register of Historic Vehicles, which documents vehicles of cultural and historical significance and archives those details at the Library of Congress.

The Hudson was the 31st car on the register and the Chrysler was the 32nd.

Get the latest news and daily headlines delivered to your inbox by signing up here.

© 2022 OMCP. All rights reserved. This website is not intended for users located in the European Economic Area.