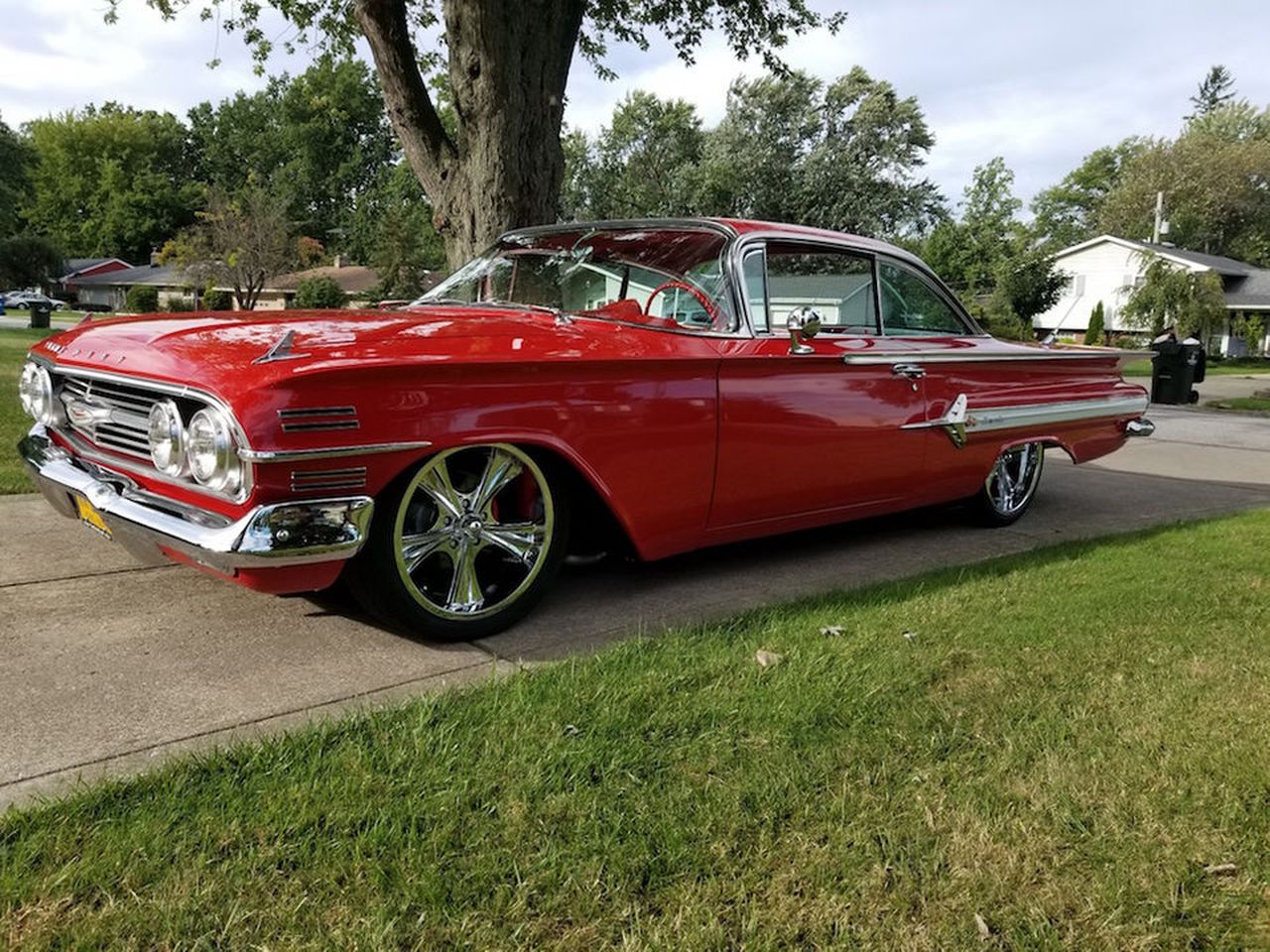 Celebrating its 20th anniversary this year, the Classic Car Show, sponsored by Chubb, has become a classic in its own right.

“The Cleveland Auto Show is extremely proud to have been able to create a platform to showcase and celebrate classic cars for 20 years,” said Karen Ford, director of the Classic Car Show. “Cleveland auto show attendees can admire new vehicles, then watch the classics and appreciate what the cars looked like and how far they have advanced in engineering and design.

“Instead of a competition, we decided to make 2019 a celebration of classic cars and recognize all cars for their timeless beauty.”

A ROKIE WITH A PEDIGREE

Mentor’s Walt Wolski brings his restored 1960 Impala, a newcomer to the classic car show, but a vehicle with a high pedigree. Wolski has already won the “Best of Show” award at the Classic Car Show with his 1959 Impala. Completed in late September, this will be the first of the 1960.

When it comes to Impala’s, Wolski is definitely the “Go To” guy.

“I haven’t really counted how many Impalas I’ve done in the past, but there must be between 12 and 15,” says Wolski. “I have three at the moment. “

This includes his former “Best of Show” winner as well as his father’s original 1965 Impala with 41,000 original miles. Wolski’s final recreation of 1960 heads to the auto show and cruise circuit after his visit to the Classic Car Show this year.

“A guy from upper Michigan had it a few years ago as a project car,” says Wolski. “It was taken apart and covered with a primer. I wasn’t interested initially, but I called him a year and a half ago, negotiated a price, then went there with a trailer and picked him up.

While working on another vehicle in his garage, Wolski decided to reassemble the Impala.

“It really didn’t take that long,” he says. “The original owner has got off to a pretty good start.

Decked out in a Roman red mantle with chrome accents, an original dogtooth interior and Thrush mufflers on the sides, it has an original 283 with an Edelbrock Street cam under the hood which is mated to a four-speed transmission 700r.

A THUNDERBIRD WITH A FAMOUS OWNER

When the president of the International Thunderbird Club brings a car to a show, you know it has to be special. This is the case of Gerard “Bart” Bartasavich’s magnificent 1957 Thunderbird.

“I had dreamed of owning a Thunderbird for a long time, but I just couldn’t afford one,” says Bartasavich. “So in 2003 I bought a retro-Bird. But then, when I became president of the International Thunderbird Club, I became more enthusiastic.

While holding his annual convention in Dayton, Bartasavich was approached by a man who asked if he could help him sell a Thunderbird. It was then that he heard the unique story of the vehicle.

The vehicle has been owned for years by a lady named Zoe Dell Nutter, who is an actress, dancer, model, aviator and flight instructor. She specialized in teaching women to fly. She was the first recipient of the Spirit of Innovation Award from Wright State University and the 2009 Bob Hoover Freedom of Flight Award.

And she loved the Thunderbirds.

“She owned a Thunderbird when she lived in California,” says Bartasavich. “She came out of town and only came back to find that her husband had sold his Thunderbird. So she divorced and bought this one, which became her daily driver.

She later moved to Dayton, where she married Ervin Nutter, who built parts for aviation and aerospace through the Elano Corporation, which he ran. As she got older, Zoe Dell Nutter decided to sell her precious Thunderbird, but only to a good house.

“I contacted a restaurateur, Marvin Hill of Hill’s Restoration in Racine, OH to come and see the vehicle,” Bartasavich recalls. “He told me it was a solid California car. He also told me that he would evaluate it, but also make them an offer.

When Bartasavich saw the restored vehicle, he bought it naming it “Zoey” in honor of its previous owner, who, by the way, is still alive and will turn 104 later this year.

Since acquiring “Zoey” she has traveled all over the country, winning numerous awards. Bartasavich and his wife Vera took him to the 60th Anniversary Thunderbird Show in Detroit. It was at the All Ford Nationals in Carlisle, Pa., Where he won the Celebrity Pick Award. He won first place at Stan Hywet’s Father’s Day show. When he went to the Arthritis Show in Dayton, Bartasavich won a six-foot-tall trophy.

“He’s a great driver,” he said. “He gets a lot of attention on the road, from people giving him a thumbs up to others taking pictures of him.”

It is powered by a 312 Thunderbird engine mated to an automatic transmission, rolls on classic white-wall spoke wheels.

“And it has the classic porthole window on the side,” Bartasavich explains. “The top is removable, but I like to keep the top because I love the look of this classic window.”

It is a unique and beautiful vehicle with an even better history. Take a look and judge for yourself. It’s in the South Hall of Center IX all week.

A DEFIANT AND RARE CLASSIC

Restoring a classic vehicle often requires years of finding the right parts. No one knows better than Lexington’s Kim Little, whose 1928 Hupmobile Series E is one of the few to exist.

The Hupp Motor Car Company actually manufactured over half a million vehicles between 1909 and 1939, Little says, “but many were exported as well.”

Today there are Hupmobile clubs in Africa and Australia.

Like many classics, this 1928 Hupmobile was a barn find.

“I was actually looking for a Model A when a friend suggested we look at a car that was in a barn in a rural area west of Lima,” Little explains. “The front was missing, but there were H’s on the hubcaps. The gentleman who owned it had been getting up for years and I had to convince him that I wasn’t going to make a hot rod out of it.

It wasn’t until he drove the vehicle home and started checking engine and part numbers that Little realized he had a Hupmobile. It was then that his quest for coins began.

“When Hupp built the 1928 E car, they were also making an A-series and M-series cars,” Little explains. “When making the E series they used the parts inventory from 1926, 1927 and 1928, so I had to be very careful when duplicating the car.”

The fully restored Hupmobile Series E has an in-line engine that produces 67 horsepower, which was more than enough at the time.

Since its restoration, it has been shown south to Atlanta, west to Milwaukee, north to Boston and New York.

“We’ve also been invited to several Concours d’Elegance shows, which are by invitation only,” says Little, who takes his wife Linda to many shows. “I’ve owned this car for years, but we started showing it in 2013. We’re very happy with the way it’s been accepted because a lot of people haven’t seen it.

But you can see one in the south lobby of the IX Center, every day the Cleveland Auto Show is open.

More news on the auto show

See more stories and reviews from the 2019 Cleveland Auto Show.