We caught up with fuel-injected gearheads showing off their fine rides at Harborfest’s “Wheels in Motion” classic car show at Ontario Beach Park. What drew you to this car?
“When I was a kid my neighbor was building a buggy and I always wanted to build one. I like old school things. I wanted to restore it to original. I wanted it to give the impression that it came out in 1969, you know what I mean?

You were born in ’69. You and the car are the same vintage. Who looks better, you or the car?
“The car.” Did you want a car like this when you were a kid?
“When I was 16 it could have been my first car and my dad didn’t want me to buy it. When I was restoring this car, I started laughing one day thinking to myself, “This was supposed to be my first car. It ended up being my last car.

Why ride a hearse?
“It’s something different. It’s not a Chevelle, it’s not a Camaro, it’s not a Corvette. Everyone has it. Very few of us have hearses. Driving on the highway is dangerous. Everyone wants to take pictures. There have been a few close calls.

Yeah, but your car is called “Last Responder”. You would be there to collect them.
“It’s true.” How long have you had this car?
“I’ve always loved Rolls Royce and Bentley, even when I was little. And when I was 25, I hunted far and wide to find one. It was in Danbury, Connecticut. I’ve had it now since 47 years old, so I would say that is my pride and joy. How do you feel when you ride “Purple Haze”?
“I feel like I’m on cloud nine. It’s a high. Technically, I guess, depending on how you press the switches, it’s also a dip. Does this car attract a lot of attention?
“People come to car shows to look at all the shiny new cars and fancy cars and they forget about the simple guy who wants to get a car back on the road. It was a rescue. Some people go for rescue dogs. Guess I’ll go get rescue cars. I see a sticker on the back that says “Johnny Chrome”. What is “Johnny Chrome?”
“That’s me. I like chrome. Everything is chrome. So I have a friend who nicknamed me Johnny Chrome, because I chrome everything. Under the hood, a lot of chrome. Now everyone Everyone knows me as Johnny Chrome. What about that car that spoke to you?
“It’s small, like me. Honestly, I’m one of the few people who can adapt to driving it. I love the beautiful smooth lines and the sleek, elegant look. 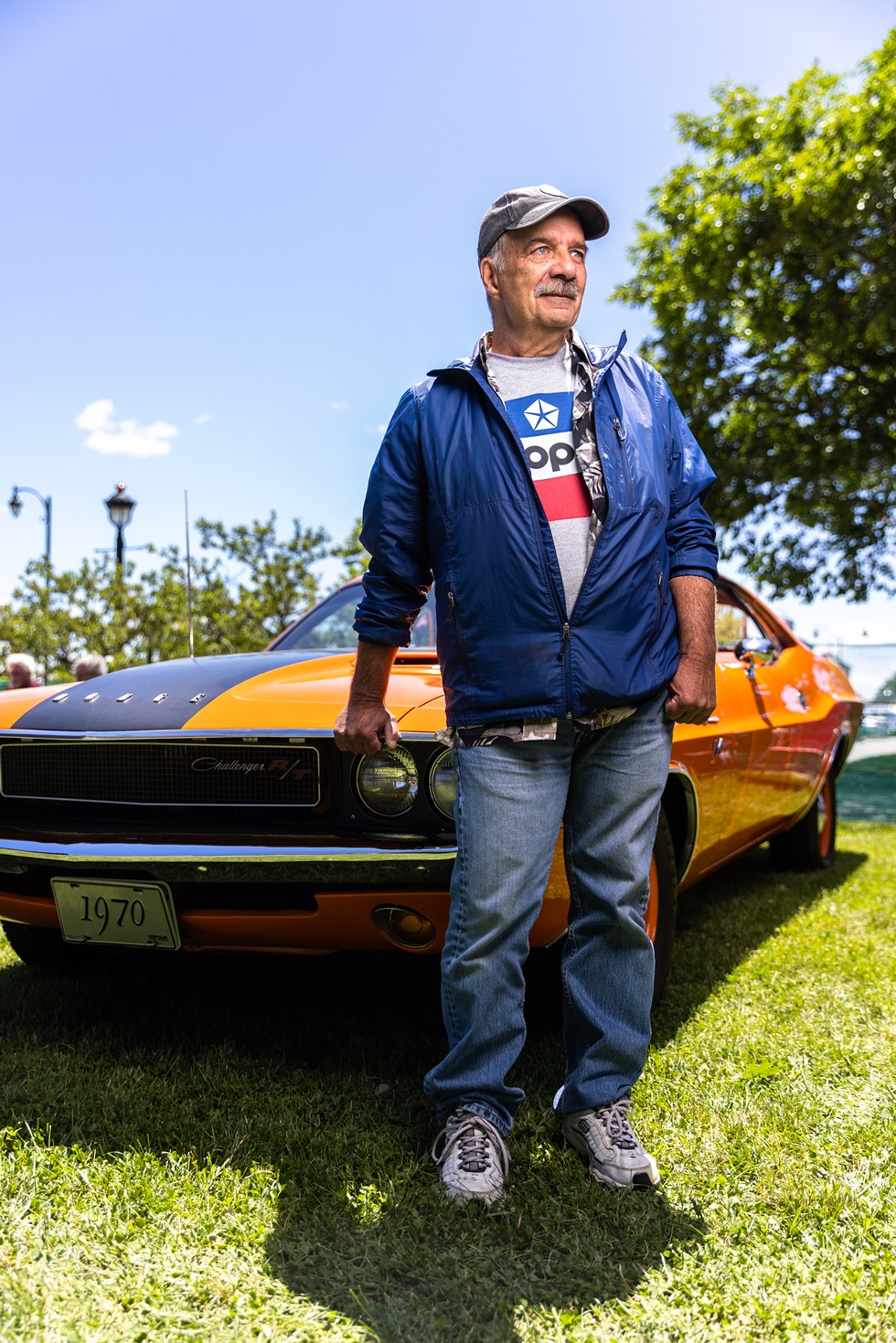 You say it’s your second 1970 Dodge Challenger
“I had one in 1971. Then I got married and the question was, where are you going to put the couch? You have to have a place to live and the couch doesn’t fit in the car. Is she powerful?
“It’s powerful for the period. Back when they built the car, there were no freeways. So you really hit 55-60 mph. Better to drive in town. » You must have a lot of remarks on a car like this.
“People tell me wonderful stories. They remember these and how many children they could carry on the way home without seat belts and how they still lived.

How did you come on break? This isn’t your ordinary everyday car show car.
“When my kids were little I had a bunch of station wagons and I didn’t think much about them. But I’ve been doing car shows for 35 to 40 years and I really started to stick with it. I finds them really fascinating, especially after so many of them have been destroyed in demolition derbies. This one in particular was such a powerful car. And it’s full of bling, you know?”

Bling? On a break?
“The leather top, the upholstery, the electric windows, the Riviera rims, the wooden sides, and everything is original. It has never been restored.”

Do you want CITY to visit you or a place you like to go?
Let us know at [email protected]