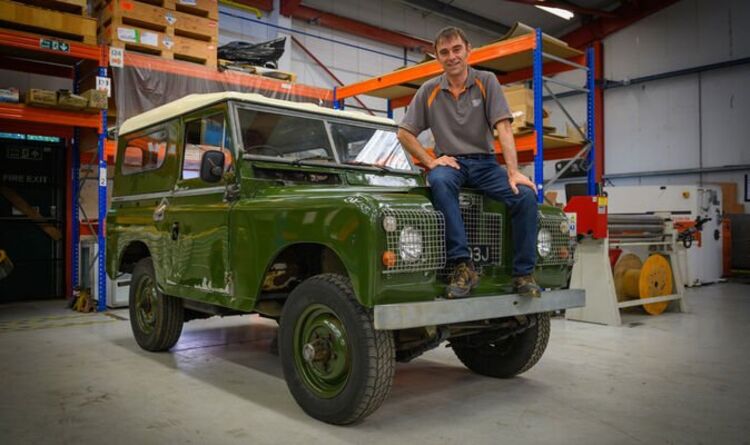 Richard “Moggy” Morgan, host of Quest TV and Discovery+’s new Vintage Voltage series, said several classic cars featured in the series have been on a “great journey”. He said many of the cars featured in the new series had undergone massive overhauls as part of the EV restoration process, with some coming just from “boxes of parts”.

The new series will show the team at ‘Electric Classic Cars’ as they breathe new life into older models.

The cars are completely stripped down and have a restored electric battery, bringing some of the most iconic models back to the 21st century.

He said: “There is a BMW E9 which when it arrived was pretty much a basket case.

“You’ll see it in this episode, when it’s finished, it’s one of the most beautiful and best restored BMW E9s on the planet.

Electric Classic Cars has warned that converting an older model to an RV could save drivers money in the long run.

They said drivers would save on fuel bills, road taxes and congestion charges as well as service and maintenance costs.

In another bonus for many, they warn that converting the car will mean “no more smoke plumes or petrol smell”.

However, experts at Electrogenic have previously warned that the cost of converting electric cars could be high.

Owner Steve Drummond told Express.co.uk last year it would cost around £35,000 to convert to a Classic Mini.

However, he warned it could be cheap for many classic car owners given the price of complete rebuilds and older parts.

He said: “Parts are getting really hard to get.

“You’re looking at a comparative cost, a friend of mine just spent £50,000 rebuilding his E-Type engine.

“Spending £50.00 on a Porsche engine and rebuilding it is relatively modest. It depends on your frame of reference.”

The new season of VINTAGE VOLTAGE can be seen on Quest and is available to stream on Discovery+.