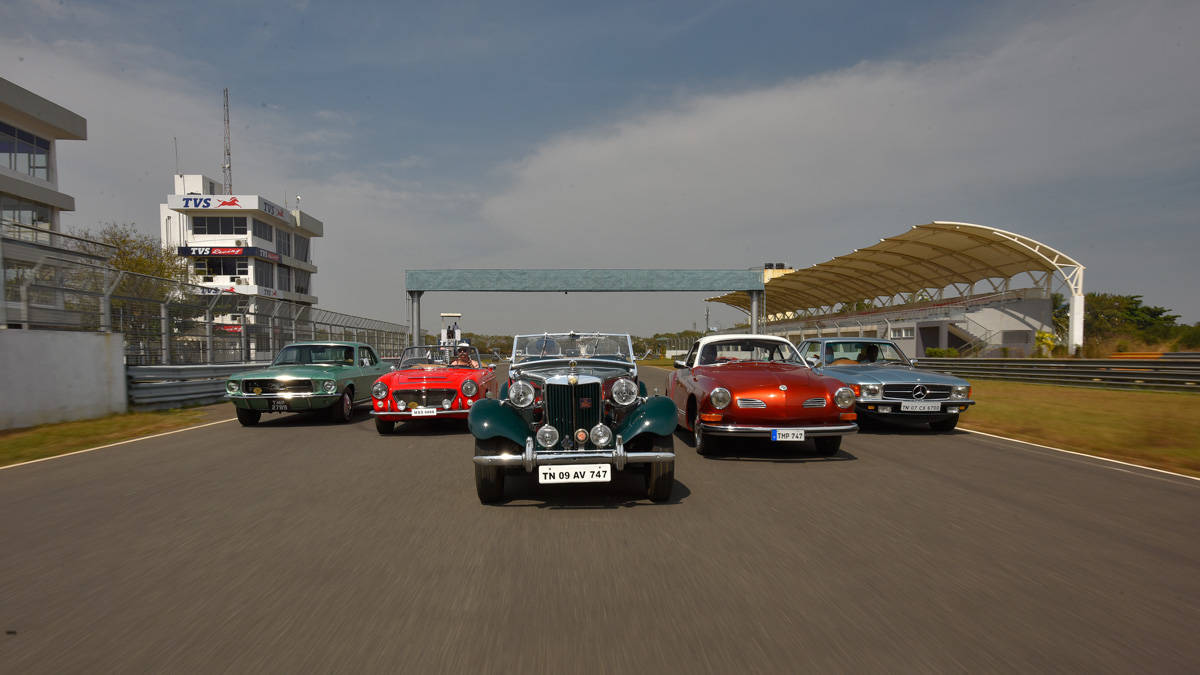 A track day is an occasion where you push a car beyond what is allowed, or bearable, on public roads. It’s a day of driving on a circuit and it’s normally only done in extremely high performance cars. Not being used to doing normal things, we recently celebrated a “Classic Car Track Day in Chennai”.

Yes, we took five classic cars on the 3.71 km long MMRT (Madras Motor Race Track) and tackled the twelve corners with gusto in some very nice old beauties. And while doing that, I realized that “it’s a lot more fun to go fast in a slow car than to drive slow in a fast car.” 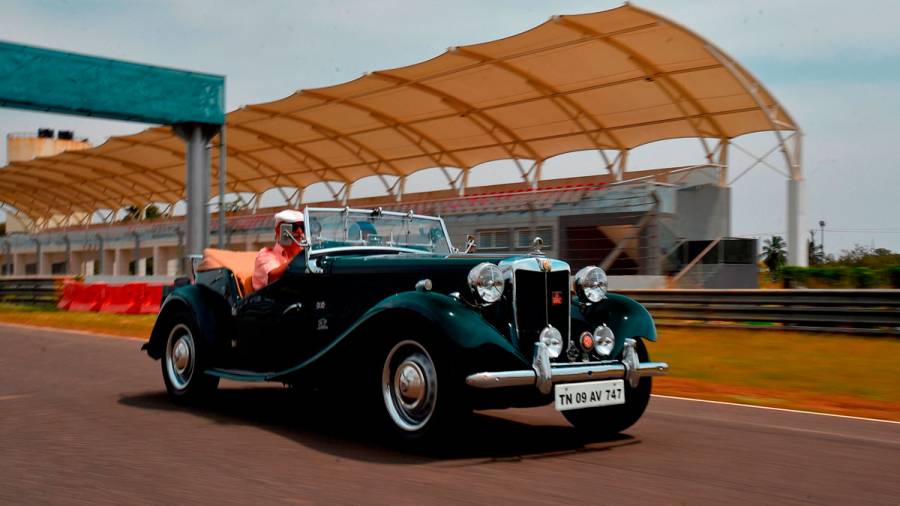 But none of this would have been possible without the wholehearted support of Chennai-based car collector Ranjit Pratap, who brought five fantastic cars from his extensive collection to the track. On a hot sunny day, Ranjit very kindly let me do some quick laps and sitting comfortably next to me, he talked enthusiastically about his cars and also about their restoration, which is done by his own team. 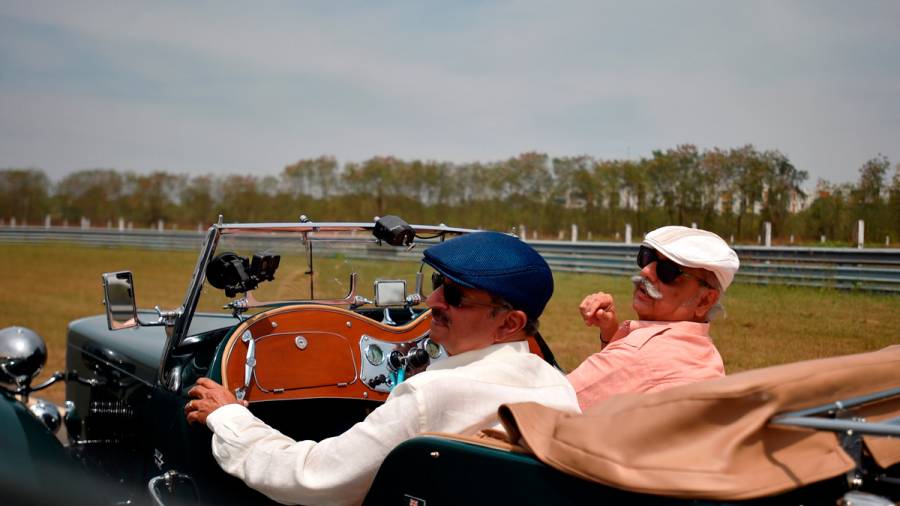 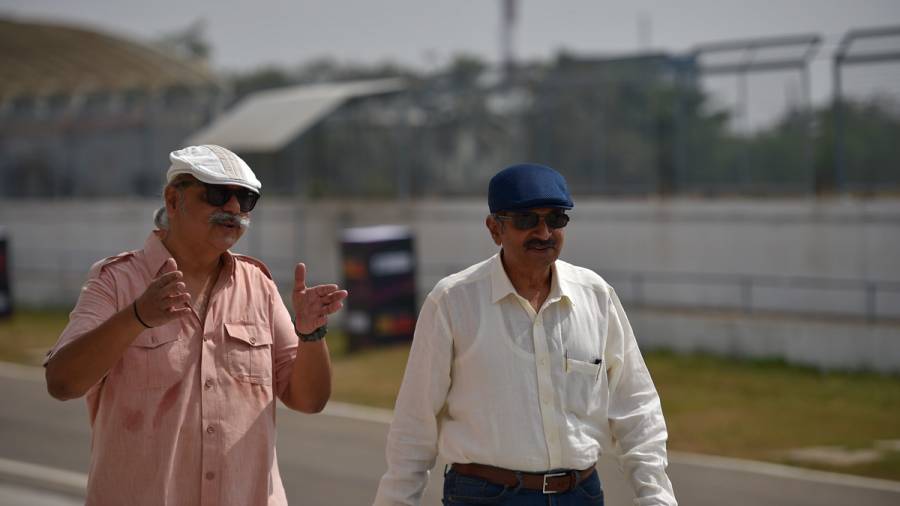 During this conversation I realized that Ranjit is one of those rare Indian car collectors who regularly goes on long drives in his vintage and classic cars and he is as concerned about their mechanics and handling as he is about their originality and appearance. . In my books, that makes Ranjit an inveterate collector, and all of us at Overdrive pay homage to his true passion for cars.

Stay tuned for detailed driving impressions of each of the cars we drove on the “Classic Track Day at Madras Motor Racing Circuit”.

BR: How did you become interested in historic cars and when did you start collecting them?

RP: Historic cars have a nostalgic value for me, because during my youth these cars were part of our daily use and they always bring back good memories of yesteryear. Over the years we had a few cars in the family, but I actively started collecting cars from the year 2004. 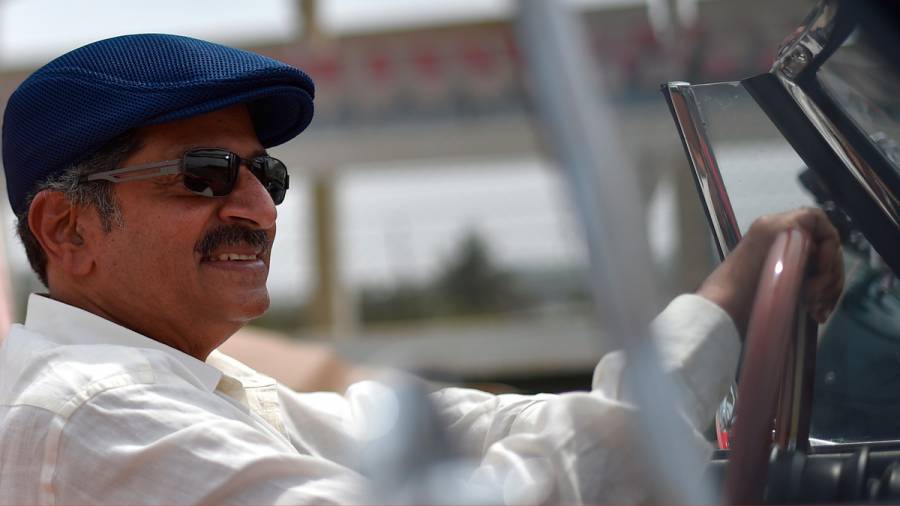 BR: When I drove 5 cars from your collection on the Madras Motor Circuit, I found them to drive superbly. Do you regularly drive your cars and check their condition?

RP: When I restore cars, I go the extra mile to make sure my cars are not only aesthetically pleasing, but also mechanically perfect. Other than that, I have people who periodically drive and operate these vehicles and check their condition, working order, etc. 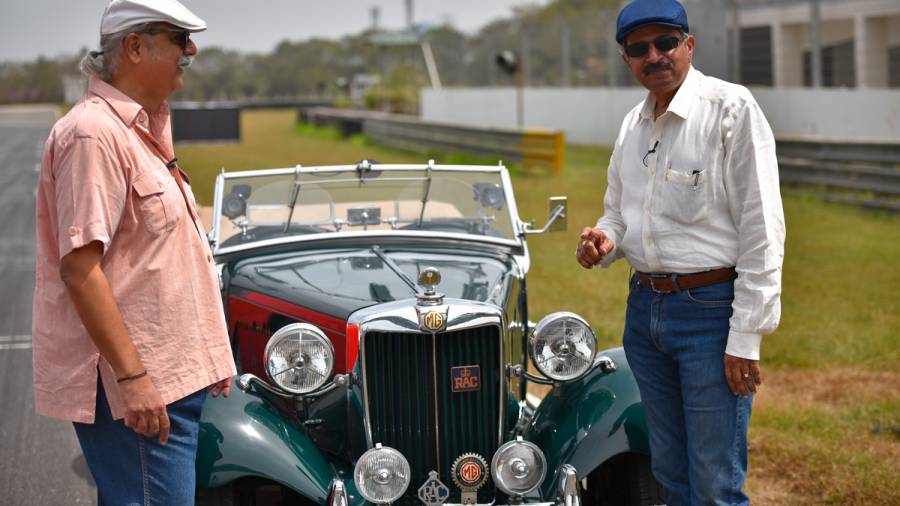 BR: I believe you also restore your cars yourself. Can you tell us a bit more about your restore setup?

RP: Initially, I depended on outside sources to restore my cars. But since I was not able to get the good output from external restoration centers, I created a small team of mechanics and set up my own garage in 2006. I also know a little about car mechanics, because since my youth I have been very fond of cars and have also participated in races and rallies, 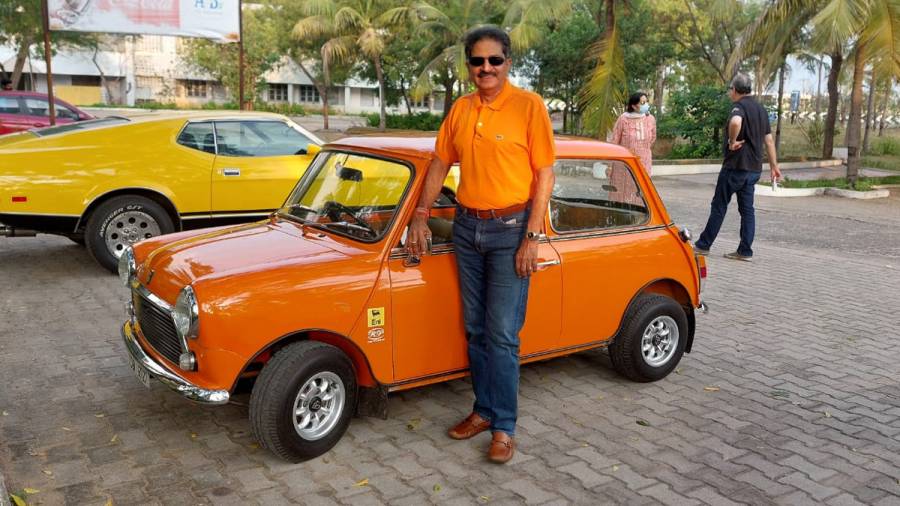 BR: What is your personal involvement in the restoration and maintenance of your cars?

RP: Every evening after my office hours, I spend an hour and a half in my studio. I personally take care of the smallest detail of the mechanics and aesthetics of my cars. 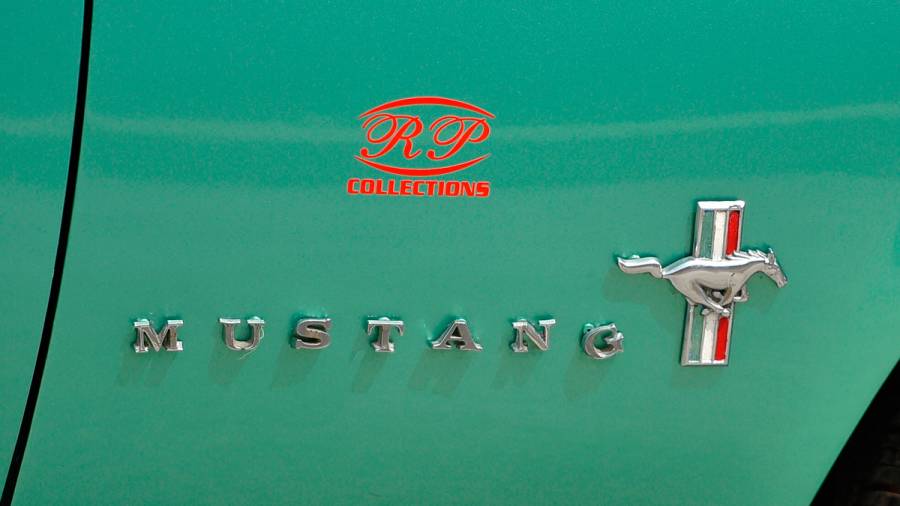 BR: Do you have a regular maintenance program for each of the cars in your extensive collection?

RP: Yes, I have a regular maintenance program for my cars and every Sunday I take a car from my collection for a trip of about 100 odd km. I have a board of the list of snags on me and I continue to note the problems in it and in the car register. My mechanics have standing instructions to repair and remove rips within a maximum of 60 days. Surprise checks are also performed from time to time on the list of snags. 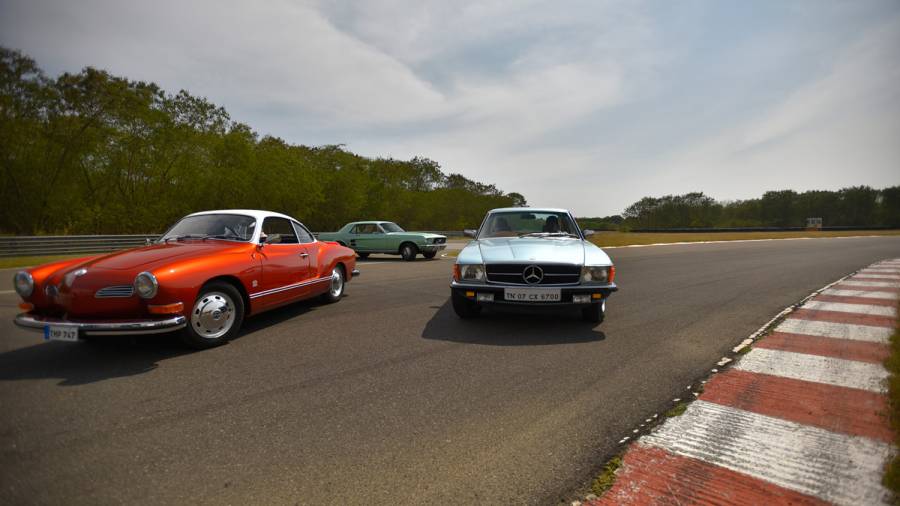 When he goes for a walk, he takes with him an anomaly sheet in which he lists all the faults 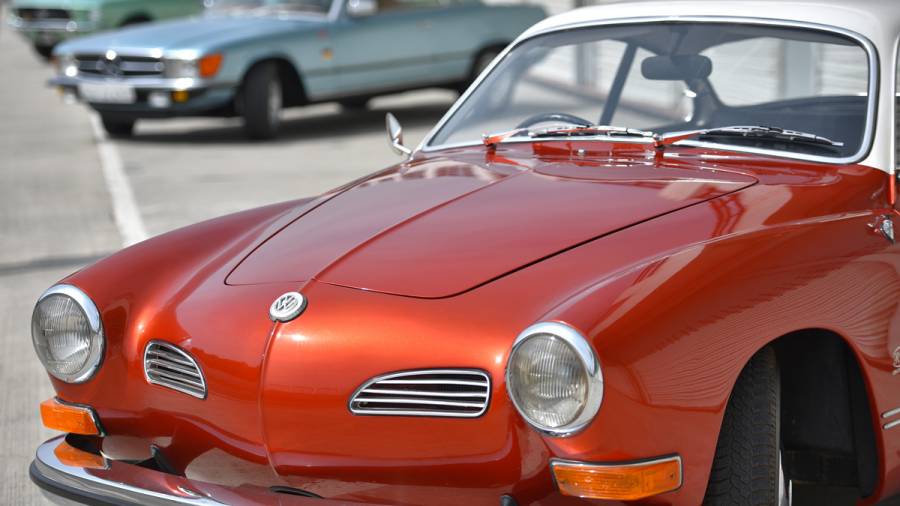 And that’s why his cars not only look good, but run so well.

BR: How would you describe your car collection and is there anything that makes it different from other collections?

RP: I’m a very meticulous person and in everything I do I try to do my best. Especially with cars, because since childhood this has been my favorite hobby. So I always go the extra mile to make my cars absolutely perfect and first class. I know there are other restorers who do similar or even better restoration work than me. But restoration and perfection is an ongoing process. I continue to learn every day. I also regularly interact with other vintage car enthusiasts and share thoughts and experiences, which also increases my knowledge. 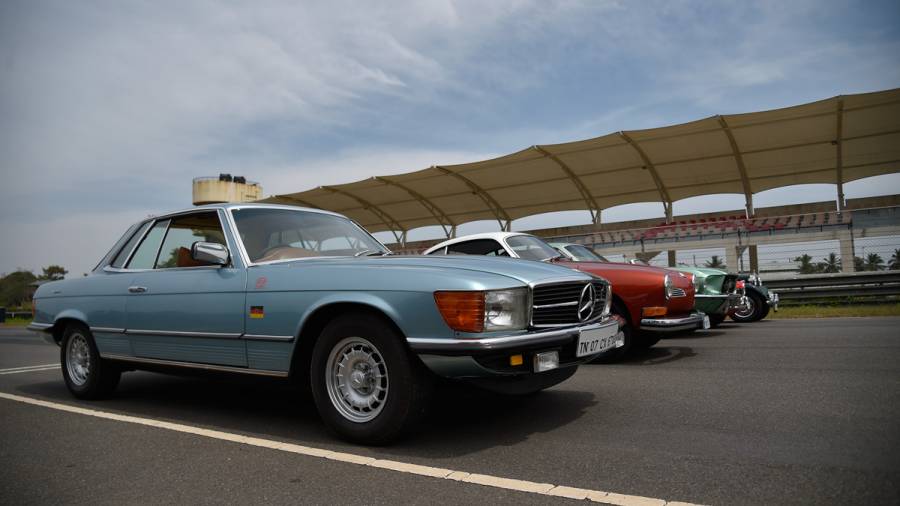