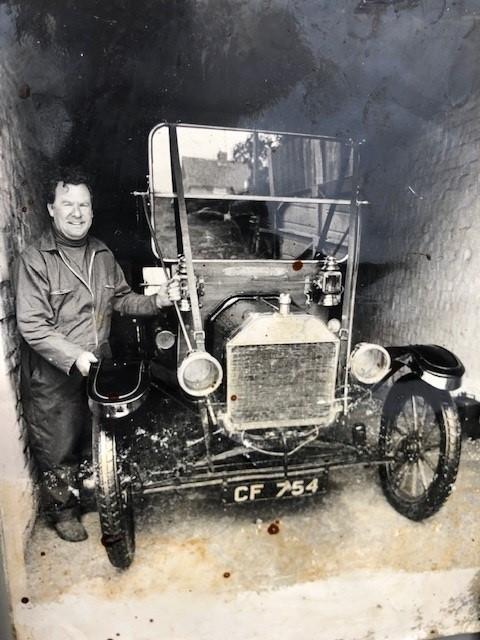 It’s not so often these days that we come across an uplifting, motivating, and heartwarming story. This is one of those rare times: George Allen, aka Chips, an avid collector of vintage cars, bequeathed his entire collection to charity.

That’s right, the collection didn’t have dozens of items or impressed with the variety. It only listed seven items, but four of them were Ford T models built between 1911 and 1921. The others were a 1969 Austin Morris Mini-Minor MkII Countryman, a 1981 Austin Mini Clubman automatic, and a Ford Sierra. Estate from 1991. But Allen, who died last year at age 94, could have left them all to his family, and he chose not to.

Allen, also known in Halstead, UK as Chips, had a soft spot for T-models, which he indulged in whenever he had the chance and the budget. Initiated to the classics once he joined the family scrap metal business, he was a regular at vintage car meets and events in the area. In his senior year, he considered leaving his leftover cars to museums or even family members, but ultimately decided to use them to do good.

According to the Gazette-News, his niece took care of the sale of the entire lot. It went under the hammer this week and made £ 58,000 (around $ 80,000 at the current exchange rate), well above the highest estimate. The money will go directly to charities, local organizations such as cancer research, the British Heart Foundation, the Essex & Herts Air Ambulance and the RSPCA.

Gallery photos show that at least one of the Fords was a restoration project, while every item in the collection needed a little attention. This does not take away from Chips’ incredible gesture: with a final decision, he was able to hand his cars over to other enthusiasts who will appreciate them and raise funds for worthy causes.

As Charlie Sheen would say at the time, #win.