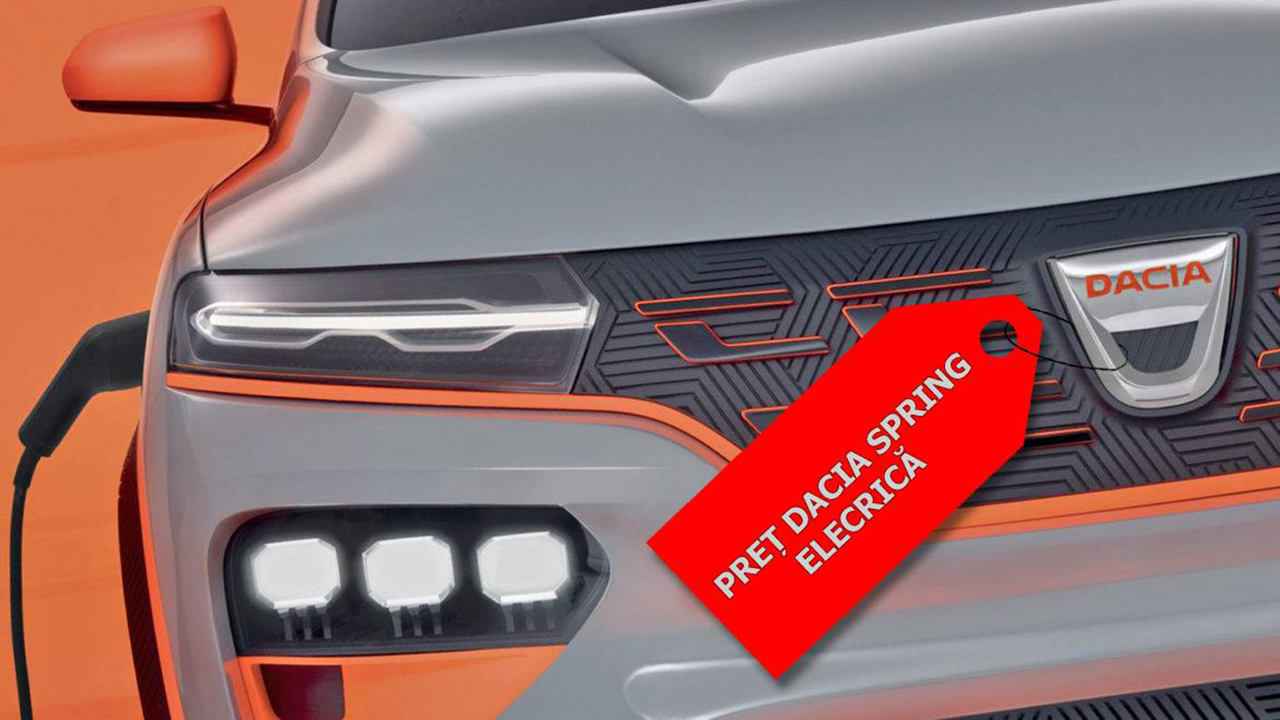 Dacia Spring has become an expensive car. The price that makes you think whether it is better to buy your Mercedes or BMW

The electric model of the local car, Dacia Spring is experiencing a further price increase. From April 2022, Dacia’s only 100% electric vehicle will be as expensive as the best-known brands.

Pre-orders have been open since spring 2021, so that Romanians and not only can choose their 100% electric model from Dacia, Dacia Spring. However, the price of the car has seen several price changes. Thus, on March 20, 2021, the price of the model was 18,199 euros including tax.

The price was valid for the only possible variant, Confort Plus, which benefited from several safety features, including speed limiter, ABS, ESP, electronic brake force distribution, but also an emergency button and six airbags. In addition to these features, the most experienced could optionally order the DC 30 kW fast charging adapter and a Mode 2 – 10A charging cable.

However, this variant did not reach Romania, reverting to the only variant available in 2021, Comfort Plus. The first price increase took place on November 8, 2021, when the price was 19,100 euros. Even so, this price was also not final, and as of April 2022 the basic version now costs 20,300 euros.

The price of a Dacia Spring exceeds 20,000 euros

For those who want the fast charging adapter, they will have to pay an extra 450 euros, while the charging cable costs 200 euros. Even though the price has increased by more than 2,000 euros, Dacia Spring is still the cheapest 100% electric model on the Romanian market, although it is close to that of the Volkswagen e-Up.

Its price is 26,341 euros, after which, in turn, it has experienced several price increases. Another 100% electric model available for less than 30,000 euros, the Fiat 500e has a base price of 27,223 euros. The influence of Dacia’s electric model has a significant influence on the Romanian car market.

According to LifeNews.ro, if in the first nine months of the previous year between 200 and 600 electric cars were purchased every month, from October their number even increased to 1,000-2,000 units, during the last months of the year. October was the month in which spring deliveries began.