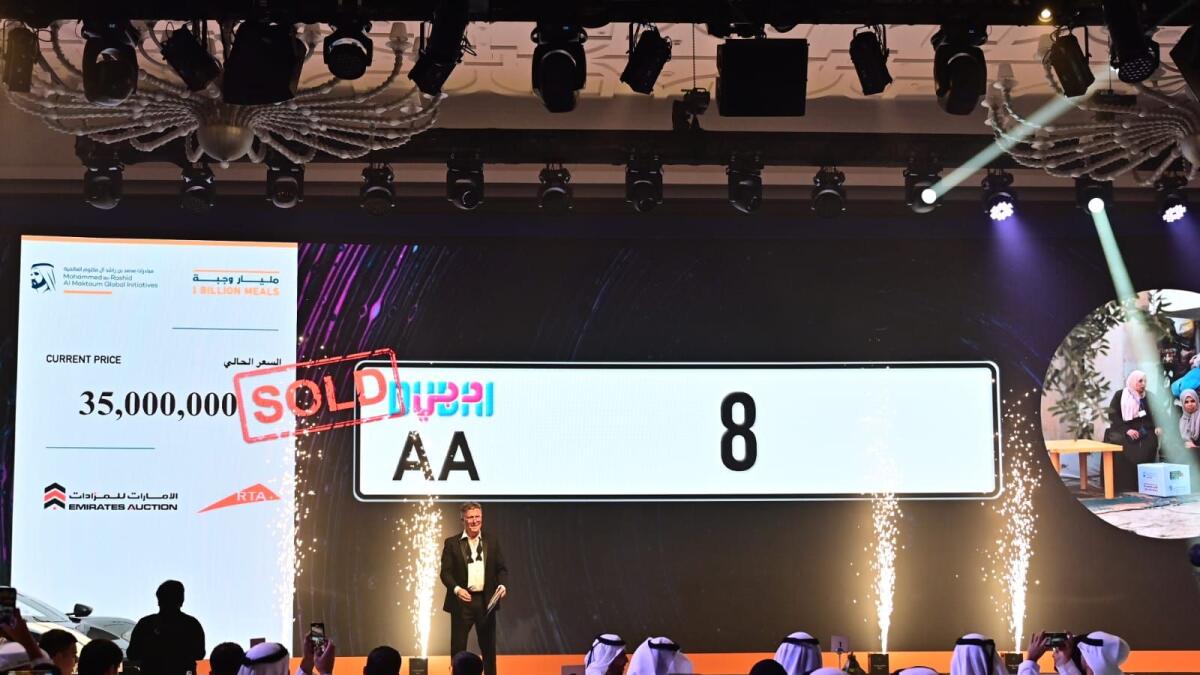 The first ‘Most Noble Numbers’ charity auction, which opened bidding on special car plate numbers and exclusive mobile phone numbers in Dubai, set a new record for selling the third car plate number on most expensive in the world.

The auction raised a total of 53 million dirhams after fierce bidding in support of the “1 Billion Meals” campaign, which aims to provide food to vulnerable communities in more than 50 countries.

According to organizers, the region’s largest distribution campaign secured 340 million meals in the first 15 days of its launch.

Organized by Emirates Auction, in conjunction with Roads and Transport Authority in Dubai (RTA), Etisalat and du, the auction provided an additional 53 million meals for the needy.

Dubai’s two-digit F55 license plate has been auctioned for an impressive 4 million dirhams. Another car plate – V66 – was sold for Dh4 million, while Y66 was sold for Dh3.8 million.

Another charity auction is due to take place in Abu Dhabi on Wednesday April 20 at the Emirates Palace.

Distribution has already started in Lebanon, India, Egypt, Jordan, Uganda, Angola, Tajikistan, Pakistan and Kyrgyzstan. to provide their own meals.

While the curtains fell on previous campaigns with the end of Ramadan, this year’s campaign will continue until the billion mark is reached.

The public can also donate to the 1 Billion Meals campaign via the official website: www.1billionmeals.ae or by bank transfer to Emirates NBD account number: AE300260001015333439802. Donors can also choose to donate 1 Dh per day via a monthly subscription by texting “Meal” to 1020 on the du network or 1110 on the Etisalat network.