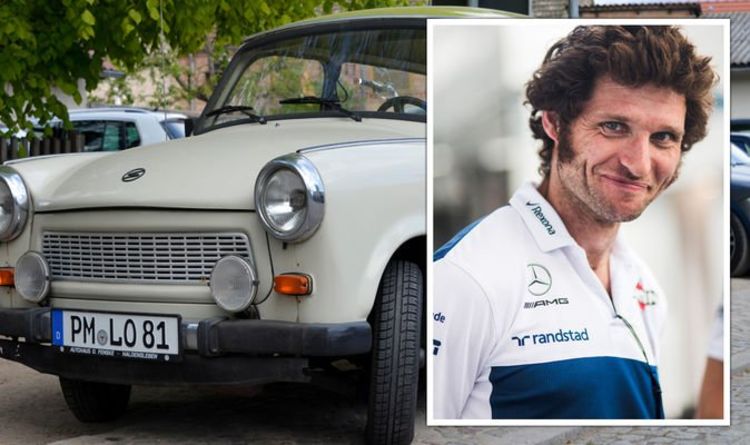 In the latest episode of Channel 4’s Guy’s Garage, the former motorbike racer transformed a vintage 1986 East German Trabant into a racing car. Guy Martin had previously created race cars from a Range Rover, a three-wheeled Piaggio Ape and a Volvo 240 Estate, all in hopes of winning custom races.

Guy and Cammy originally faced a cost of £12,000 for a Trabant, with import duties still to be factored in, so drove to Croydon in the hope of getting a good vehicle Marlet.

Twitter user Kyle Hooley raved about Guy’s mission to create a race car out of a Trabant.

“It’s an interesting fact. There are still 33,000 Trabants left? I don’t care about all those rowdies in the yard.

A third Twitter user, Dr Jodie M, said: “The Trabant has such an interesting history.

“A great end to a great series.”

As for the final showdown, Guy was worried about the safety of other drivers, saying their cars were “miles faster”, calling the Trabant “dangerous”.

Other attendees said it was “something never seen before,” even with Guy Martin’s long automotive history.

Around 3.7 million Trabant models were produced between 1957 and 1991 and were the most popular car in East Germany at a time when buyers were placed on a waiting list of up to 13 years.

They came to define the East German automobile industry, even though Trabants were known to have poor build quality and were generally unreliable.

“If I gave him stars, he wouldn’t get any; if I gave it thumbs, I’d have mine surgically removed before putting them in place for the Trabant.

The four episodes of Guy’s Garage are available on All4.