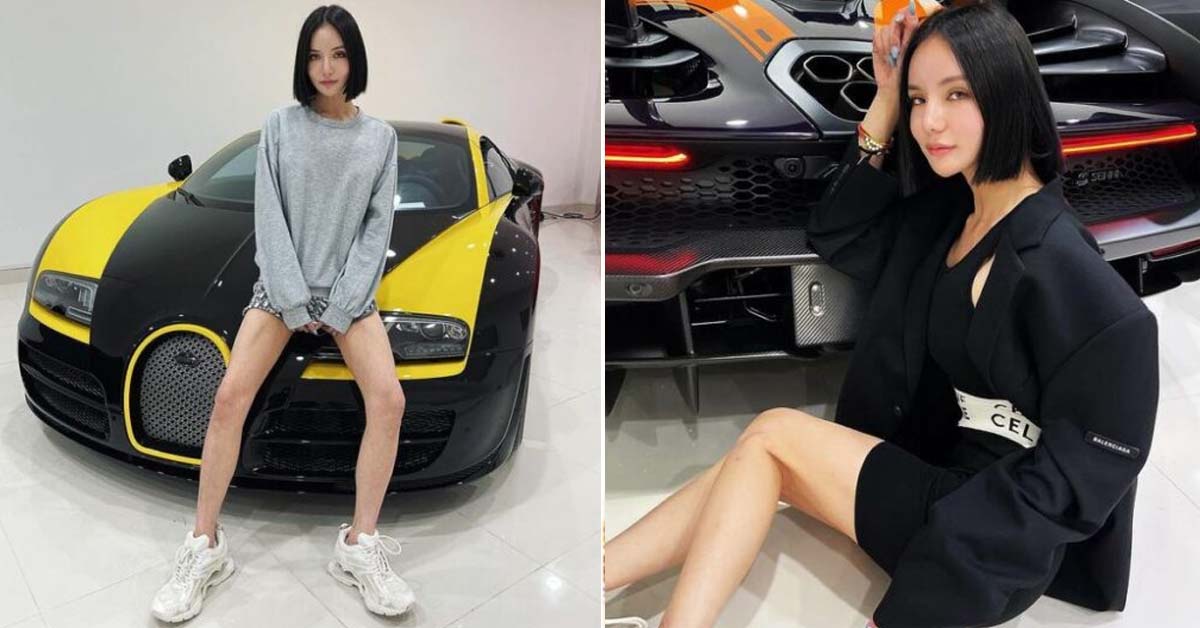 This post gives a good insight into the life of the daughter of a prominent Singaporean billionaire, Peter Lim.

Kim Lim is the daughter of Peter Lim, who is the 10th richest man in Singapore, which explains his exquisite car collection. Kim has a degree in business management and is a popular influencer on Instagram. She is known for her fashion and lifestyle content in addition to being an entrepreneur. Interestingly, his father owns stakes in McLaren Automotive and La Liga Football Club, Valencia FC. Let’s take a look at all the hot Kim Lim cars she has in her prestigious collection.

You might also like: Albert Spiess from Switzerland has arguably the best collection of cars in the world

Being the daughter of a billionaire certainly justifies Kim having a pink Rolls Royce Cullinan in her garage. It’s a popular choice for a whole host of celebrities. It comes with a massive 6.75 liter V12 engine that develops 563PS and 850Nm of peak power and torque enabling a 0-100km/h acceleration time of just over 6.7 seconds . The top speed of the premium SUV is marked at 250 km/h. It costs around Rs 7 Crore ex-showroom in India and S$1,270,000.

The Bugatti Veyron became famous for being the most expensive and fastest production car a few years ago. It has a W16 quad-turbo engine developing a gigantic 1,000 hp. Needless to say, the acceleration time is lightning fast. 0-96 km/h is achieved in just 2.5 seconds. It has a supernatural top speed of 430 km/h. The Veyron is priced at S$2.2 million (around Rs 13 Crore when converted to INR). This one is easily the fastest of all the models in Kim Lim’s car collection.

You would hardly find a celebrity garage without the G-Wagon. It is arguably the most luxurious SUV that is also a hardcore off-road vehicle. It’s powered by a massive 4.0-liter twin-turbo V8 petrol engine that produces a colossal 585PS and 850Nm of peak power and torque. This engine is fitted with a sporty 9-speed AMG SPEEDSHIFT automatic transmission that sends power to all four wheels. It costs about S$722,000 (about Rs 4.2 Crore when converted to INR).

Kim Lim’s car collection also includes a gray Lamborghini Urus SUV. It is one of the fastest SUVs in the world. Urus is equipped with a 4.0-liter twin-turbo V8 petrol engine that produces 641 hp and 850 Nm of peak power and torque. Complementing this colossal engine is an 8-speed automatic transmission with an all-wheel-drive system. Despite weighing more than 2.2 tons, the acceleration time from 0 to 100 km/h is only 3.6 seconds. It costs more than S$1 million (about Rs 5.84 Crore when converted to INR).

The other Lambo in his extravagant garage is the Aventador supercar. The supercar is fitted with a 6.5 liter V12 engine that produces a colossal 730 hp and 690 Nm of peak power and torque. The top speed of this very fast sports car is well over 300 km/h and its driving characteristics are quite impressive. In Singapore, its price is around S$690,000 (around Rs 4 Crore when converted to INR).

Since her father owns a stake in McLaren, she is required to have at least 1 McLaren in her performance luxury car portfolio. One of the most popular and fastest vehicles in the world, the 720S is powered by a 4.0 liter V8 engine producing a whopping 711hp and 770Nm of peak power and torque. It achieves 0-100 km/h in less than 3 seconds. It sells for over S$1 million (about Rs 6 Crore when converted to INR). The 720S has to be the sportiest model in Kim Lim’s car collection.

Rejoin our official telegram channel for the latest free updates and follow us on Google News here.