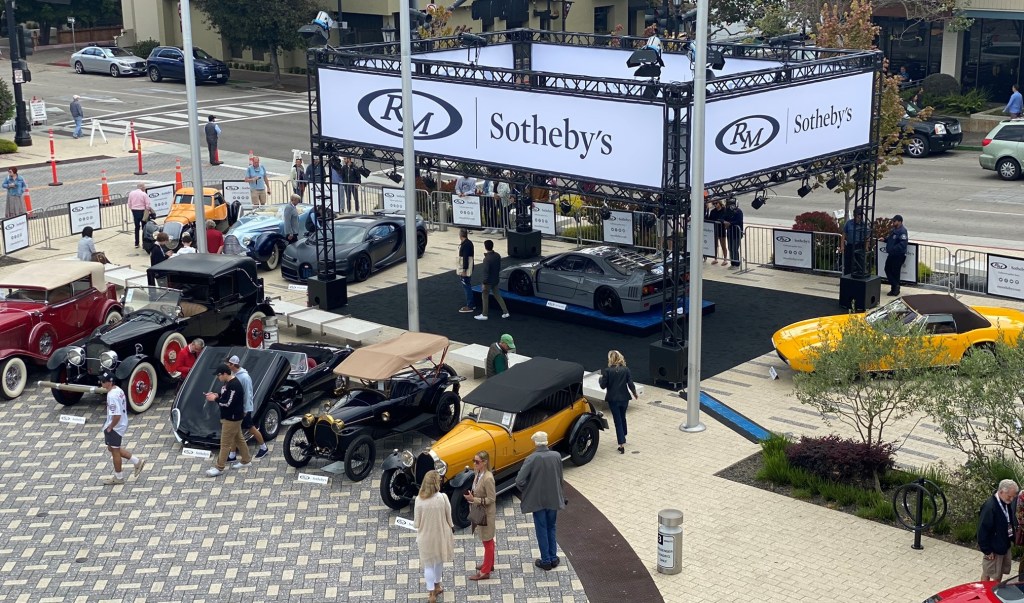 MONTEREY — Dorothy Levitt was called many things, all references to her whirlwind lifestyle as a journalist, equestrian, race car driver, powerboat champion and driving instructor to Danish royalty.

Levitt, who was born in 1882 in England and died there 40 years later, recommended that women traveling alone carry an automatic pistol. She also suggested women “carry a small hand mirror in a convenient place when driving.”

The mirror that the author explained in his 1909 book “The Woman and the Car” should be held up occasionally to see behind it while driving in traffic.

Levitt’s reference and similar ideas of others, all within a few years, led to the first integrated rear-view mirror in consumer automobiles and racing vehicles. The latter happened in 1911 when Ray Harroun drove a Marmon in the first Indianapolis 500.

Defunct for nearly 90 years, four Marmon classics will be among the bids for today’s Mecum auction through Saturday at Hyatt Regency’s Old Del Monte Golf Course. The Mecum Auction is one of many going on during Classic Car Week, including Russo and Steele in Monterey, Bonhams Quail Lodge Auction, RM Sotheby’s Auction at the Monterey Conference Center and Gooding & Company at Pebble Beach, among others.

Visionaries like Levitt, dubbed “the fastest girl in the world” and the “champion motorist of the world”, greatly influenced the automotive industry. A hand-carried rear-view mirror and other early adaptations became what the rear-view mirror is today.

Marmon Motor Car Company, the American automobile manufacturer based in Indiana, manufactured luxury cars from 1902 to 1933. Besides his adoption of rearview mirrors, Marmon is also credited with pioneering the V16 engine and the use of aluminum in automotive manufacturing.

The historic early 20th century Marmon Wasp racing car was the first car in the world to use a single-seat “monoposto” construction layout.

Created in 1902 by Howard Marmon, the luxury car was called the “mechanical masterpiece”. The Marmon Wasp was the vehicle Harroun drove in the Indy 500. The Wasp was also innovative as it evolved to be defined as a “complete classic car”.

The company’s flagship vehicle arrived in 1931 as the Marmon Sixteens. It was advertised as “The most advanced motor car in the world”. Only 390 were built from 1931 to 1933. The four sets auctioned in Monterey are part of the Greg Dawson Marmon Sixteen collection. All are recognized as Full Classics by the CCCA.

With original prices ranging from $4,775 to $6,100, the Marmon Sixteens were tested on the Indy 500 track at various speeds.

Howard Marmon and chief engineer Herman Freers created the engine and chassis that powered the new car. Stylist Walter Darwin Teague Sr. was commissioned to design the factory bodies, which were constructed from aluminum by LeBaron Carrosiers.