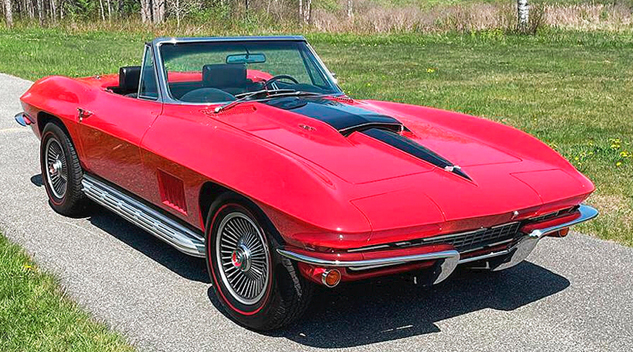 The star – and the best lot – of the $184,250 sale was this 1967 Chevrolet Corvette roadster with a 427 ci / 400 hp engine. It was described online as: “Since its inception, the Chevrolet Corvette has been widely regarded as the true American sports car. Through several generations and styles, one constant has remained. More than just a car, the Corvette is a living icon, loved and adored by all.

OWLS HEAD, MAINE – This was a most unusual auction! It cost $100 to register to bid and about 400 did. About 1,500 people attended the auction, at a cost of $20 per person. About half of the more than 200 cars for sale had reservations, and it was clear what that was: the non-reserved cars had signs on the windshield saying “No Reserve.” Many consignees were on hand to discuss their cars with potential bidders.

Each car was driven into the auction room and discussed at length. The preview spanned several acres, some cars were under tents, some were in the open, and a few were inside the museum buildings. Next to the Owls Head Transportation Museum was Knox County Airport so bidders with their own planes could fly in, get out of their plane, and walk a short distance to the auction site. The two-day auction, which took place August 26-27, is the largest fundraising event for the museum and was the 44th sale it has held. Print catalogs were not produced for this sale, but online descriptions were complete and detailed. The sale brought in around $6 million; six cars sold for over $100,000 and dozens sold for five-figure prices.

Age and rarity, or even condition, are not necessarily the main factors determining the value of the type of cars purchased by collectors and investors today. John Bottero, deputy executive director of the museum, explained: “People who buy cars today are, for the most part, in their 40s, 50s and 60s. The cars they buy are the ones they grew up with. cars made in the 60s, 70s, 80s and later. These collectors are less interested in century-old cars, even if they are quite rare. Race cars are hugely popular and many vintage racers still race today. While provenance is important in many areas of collecting, it is even more so for racing cars. Who drove it? Where was it run? Did he win? 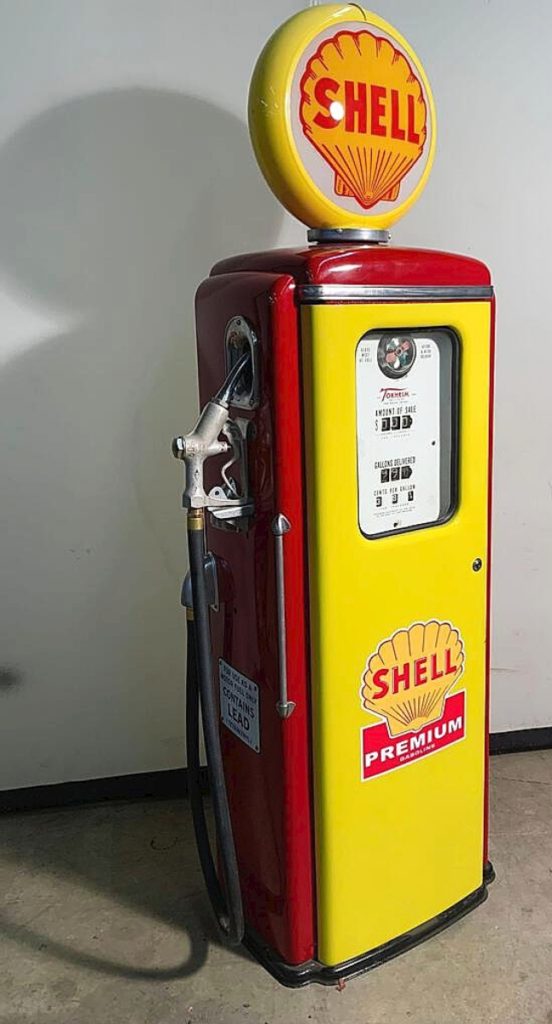 The restored vintage Shell Premium double-sided gas pump stood over 6 feet tall. The globe was replaced and it ended up at $3,410.

The degree of original condition is an important factor, as evidenced by the car that fetched the highest sale price: $184,250, for a 1967 Corvette Roadster. In an era when most cars in the dealership showrooms lacked features we take for granted these days, this Corvette had many factory-installed options: air conditioning, AM/FM radio, headrest seats, several power-upgrade options and more. But most important for collectors was the fact that the serial numbers of all major components of the car matched. This means that major parts had not been replaced. The restoration was of the highest caliber. It is not uncommon for restoration costs to reach six figures and the project can often take a year or two or more. Production records indicate that this car rolled off the assembly line on March 27, 1967.

Corvettes were introduced in 1953 to compete as the first all-American sports car alongside those made by MG, Austin Healy and Triumph. First up for sale was a 1957 fuel-injected model that fetched $137,500. Later models were also popular as a 2002 convertible with a six-speed manual transmission fetched $26,400.

Another example of a car with matching serial numbers was a 1964 Porsche 356SC, with a five-speed manual transmission and 15,000 miles that went for $154,000, the second highest price at the sale. It was fully restored and included documentation from the original owner who lived in California. The 356 series was Porsche’s first production automobile, manufactured from 1948 to 1965 and there have been four separate series over the years. Series C, of ​​which this was a part, was the last series. In all, there were about a dozen Porsches on offer and all but three sold. Another 356SC, a 1982 car that has been in storage for several years, fetched $74,800. A 1982 911SC sold for $57,750.

One of the cars that surprised Bottero, fetching $154,000 (the same price as the Porsche 356SC), was a 1936 Auburn 852 Supercharged Phaeton. luxury. This car had been certified as a Class 1 vehicle by the Auburn, Cord, Duesenberg Club, meaning that all of its major components and body parts were original manufacture. 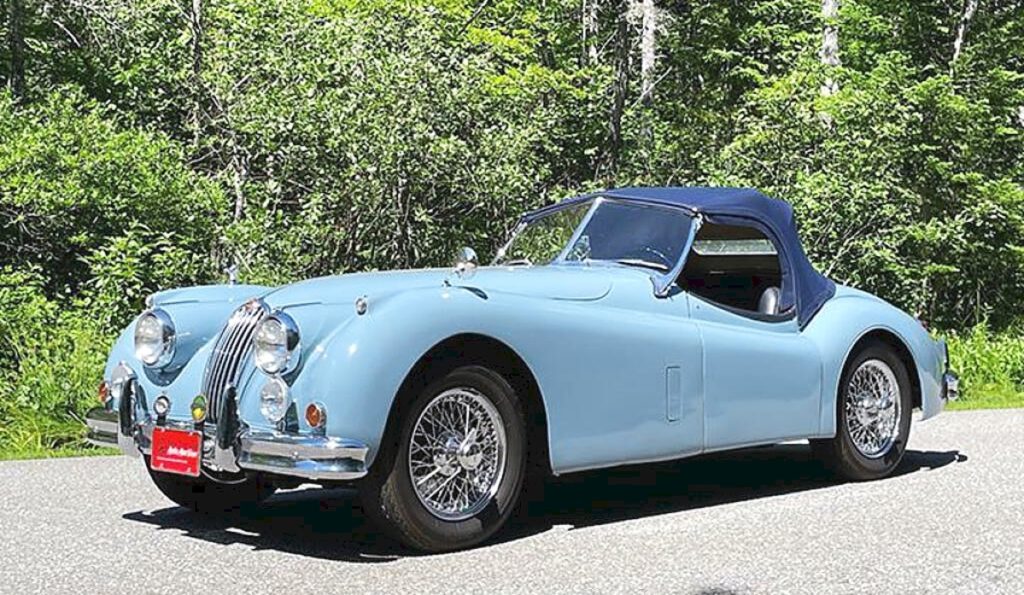 A 1957 Jaguar XK140 OTS (open two-seater) fetched $90,200. All vehicle numbers listed on the car data tag match the numbers found on the car. In 2010, this Jaguar won best in class at a Jaguar contest in Tucson, Arizona.

A 1929 Cord L29 Speedster fetched $44,000. The L-29 was the first American production car to be offered for sale to the general public with front-wheel drive.

The Owls Head Transportation Museum was founded in 1975 by Tom Watson of IBM, James Rockefeller of CitiBank and their friend Steve Lang, a resident of Owls Head. Watson, who spent his summers nearby, was an early airplane enthusiast and was looking for a place to fly his planes. Rockefeller, who also had a summer residence in the area, was also interested in early airplanes. They discussed the idea of ​​a museum to “collect, maintain and exhibit engines and land and air vehicles…”. They included educational programs in their original plans. Long story short, at the end of World War II the Navy transferred a pilot training center at Owls Head to the county to develop an airport. One of the tracks had been abandoned and when the trio decided on a museum, Tom Watson arranged for this land to be transferred to the museum.

In 1975, a maintenance shop was the only building on the property. Today the museum occupies several buildings and has a collection of over 150 cars and planes, as well as engines, cars and a large reference library with thousands of books and photographs. Throughout the year, the museum organizes themed events dedicated to specialized areas such as motorcycles, trucks and air shows. Visitors to the museum can fly in vintage airplanes or ride in vintage cars. 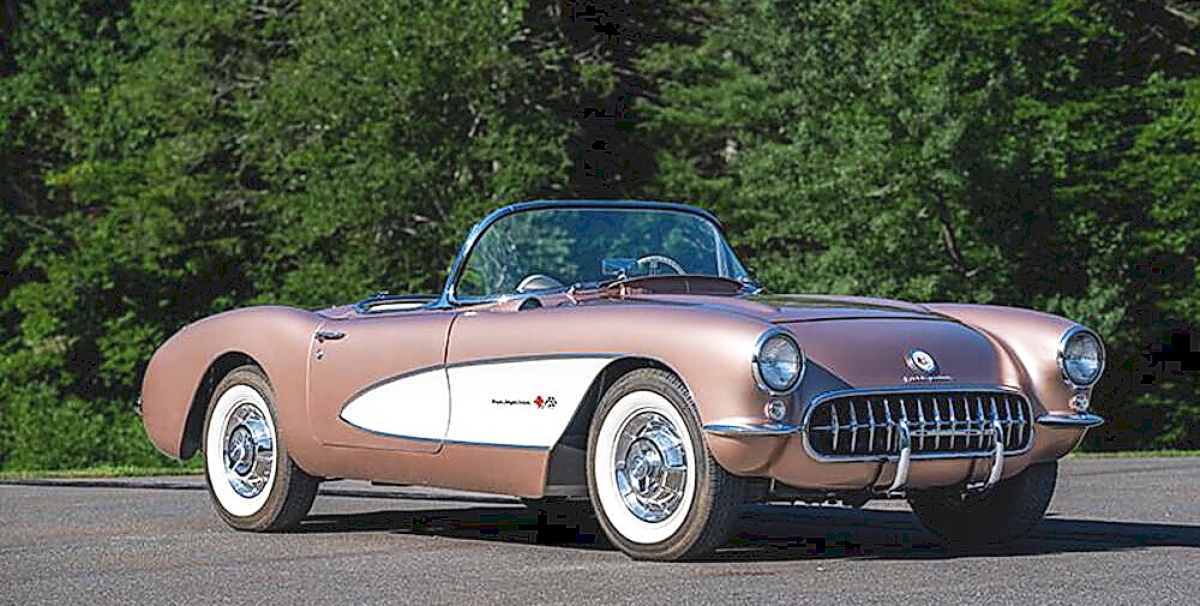 This fuel-injected 1957 Chevrolet Corvette had a ramjet engine, an option first available in 1956, and a 4-speed manual transmission. It was the first Corvette in the sale and sold for $137,500.

The museum is currently in the midst of a $10 million capital campaign that will significantly expand its educational facilities. Currently, the museum hosts many school groups, particularly K-8, providing hands-on opportunities and encouraging interest in STEM learning.

“There were a few surprises,” Bottero said after the sale. “I expected there to be strong interest in Corvettes, Porsches and cars from that era. I didn’t expect we would see the level of interest in earlier cars. For example, we had several Model Ts (they were produced from 1908 to 1928 and over 15 million were made) and they did much better than I thought. is sold for $27,500, and the other two each fetched around $20,000. It was also encouraging to see the interest in mid-range cars, those that sell for between $30,000 and $60,000. had had a certain softness in that segment of the market. British racing cars did well and I thought the 1921 Stutz Model K touring car might have been the deal of the day. It fetched $66,000 Overall, our bidders were generous and our all-volunteer staff did a hell of a job. t. We are happy.

The size of the automotive market may come as a surprise. The September 2022 issue of sports car market The magazine includes a chart showing auction results for six major car auctions for the month of May 2022. This chart shows gross sales of $179 million for the month. Several cars achieved seven-figure prices. Also, a point of interest: a gull-winged 1955 Mercedes SLR Uhlenhaut Coupe was sold in London earlier this year for $143 million. It was a special car, and the full story is online.

Prices quoted include buyer’s premium. For more information, 207-594-4418 or www.owlshead.org.