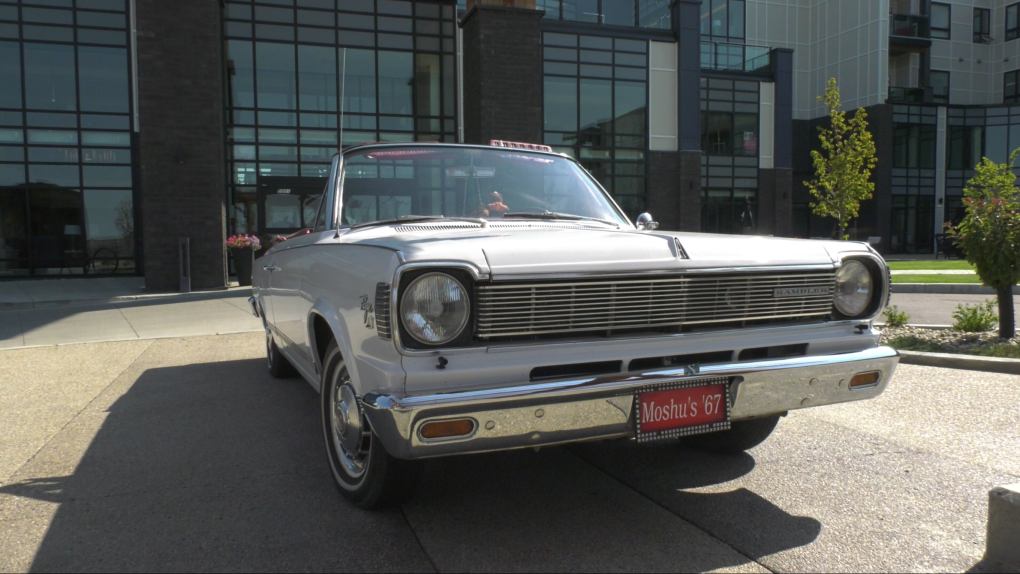 Heather Schnare has tracked down the 1967 AMC Rambler American Rouge Convertible she won the same year after a local car enthusiast tracked it down more than 40 years after selling it.

In 1966, Schnare entered a Kelloggs Cereal raffle contest that was promoted on the back of Kelloggs cereal boxes.

“I remember sitting one winter morning with my two children having breakfast,” she said. “And look at this box of Kelloggs cornflakes with this red car on it. And I was like, ‘Oh, nevermind, I’m going to fill out the form.’ »

She was informed by telegram months later that she had won.

“At that point, I kind of forgot everything,” she said. “But we made arrangements with the people at Kelloggs and in 1967 it happened.”

This particular Rambler was quite rare. With its specific engine and trim package, it is one of the only 921s made like it.

“I enjoyed it for about 12 years,” she said. “There’s nothing more fun than driving a convertible. It’s a very classic look.

Schnare decided to sell the car before his son got his license for fear it would be unsafe for a new driver, especially a teenager.

“I thought it would be wise to sell it,” she said. “It was just a far too powerful car and I didn’t think it was wise for a young man to drive that, there could be an accident.”

“I don’t think he ever forgave me that,” she laughed.

The Rambler passed through several owners before coming into the possession of Gord Gieni, a car enthusiast from Regina.

“It was well taken care of with the people before,” he said. “I am the fifth owner. I bought it, last month, it was 20 years ago.

Documentation supplied with the car shows that it was originally won by Heather Schnare in 1967 in the Kelloggs competition.

“I saw the whole story on that,” Gieni said. And I was really, really excited about it.

Gieni has made it her mission to find Schnare and reunite her with the long-lost Rambler.

Her search was complicated by the fact that Schnare did not have the same last name as in 1967 and that she had lived in Saskatoon for several years.

In the end, it was luck that ended his search. A relative of Schnare saw the Rambler at the Access Communications Show and Shine on Labor Day and told Gieni where Schnare lived in Regina.

Gieni coordinated with some of Schnare’s friends to surprise her with the car. The effort worked and the reunion was quite emotional.

“So she walks out the door and sees the car, and that’s about it,” he laughed.

“It was very exciting,” Schnare said. “And I was so happy that Gord was able to find me.”

Schnare appreciated that the car belonged to someone like Gieni. Someone who would take care of it and enjoy it like she did all those years ago. The whole situation was kind of nostalgic, she explained.

“It was just nice to visit the good old days and think back,” she said. “I was only 28 when I won this car. And I look back at my younger self and there are a lot of memories between then and now.