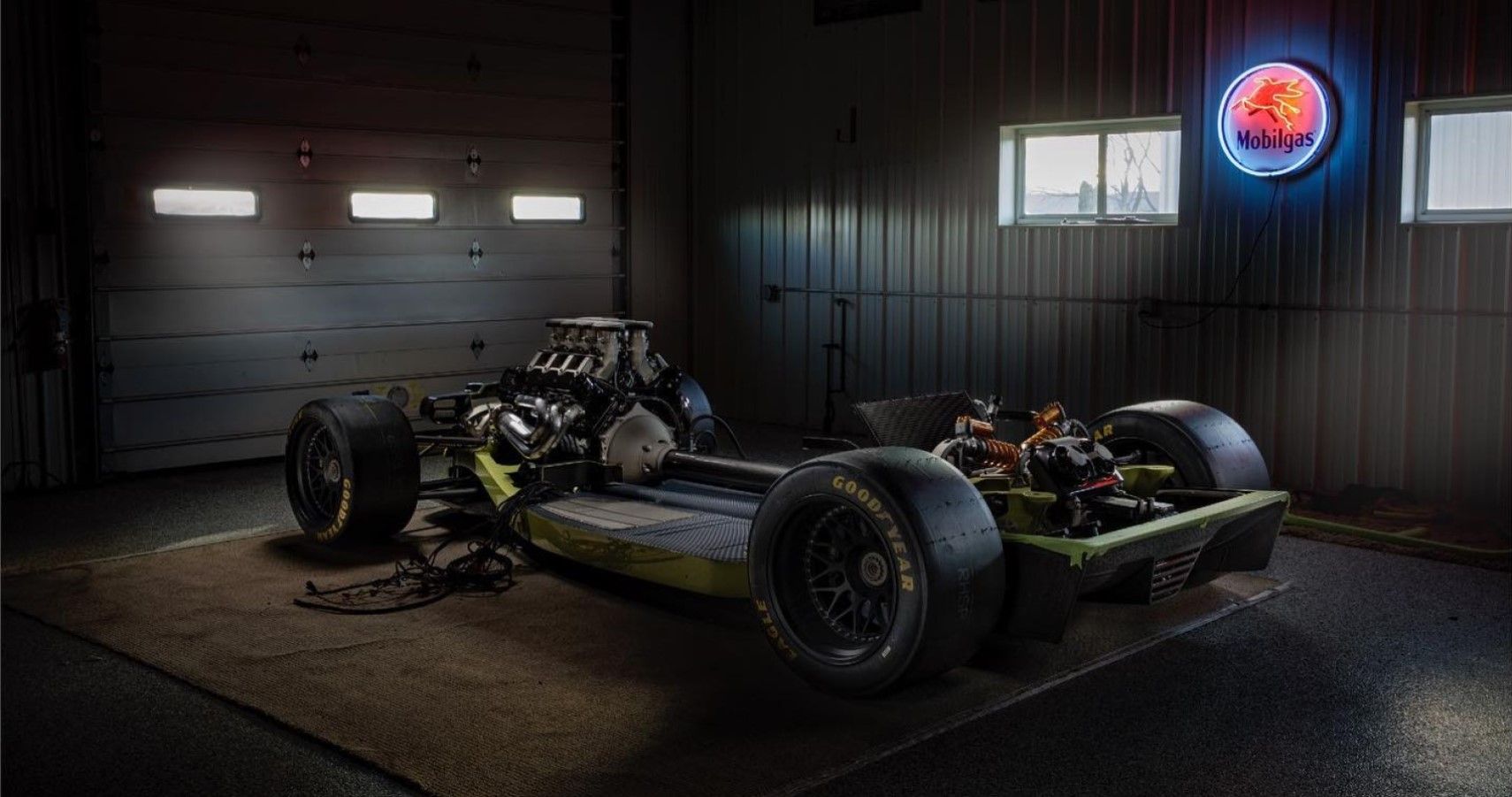 Ringbrothers Will Steal SEMA 2022 With These Incredible Classic Car Builds

Wisconsin-based “dream builder” Ringbrothers has teased us with four radical and wild builds for SEMA 2022. All of these builds are based on classic muscle cars and a humble Chevy pickup. Ford, Dodge and Mercury have been a staple when it comes to Ringbrothers cool builds. And they produced some pretty cool creations like the 1964 Mustang Convertible Restomod, the 1968 Mercury Cougar Restomod, and the 1969 Dodge Charger CAPTIV to name a few.

This time around, Ringbrothers goes all-in with three Chevy builds, and we’re especially excited about the Chevy Pickup build! They’ve teased us with details and some images of all four versions, and we’re already on the edge of our seats. Ringbrothers is sure to set the SEMA floor on fire when all of their builds are unveiled on November 1 at the 2022 SEMA Show.

SEMA is one of the coolest auto shows in the world that celebrates creativity and modification. It is heaven for those who admire the custom world of cars and trucks. And over the years, SEMA has grown so much in popularity that major automakers are stepping in to show off their taste in custom cars and trucks. Last year saw a major shift in the type of builds featured with the advent of electric vehicles.

This year the electrified group will increase, and we already know that Stellantis plans to electrify SEMA 2022 with Jeep and Ram rad truck builds. But the most exciting part of this auto show has always been the tuners and custom homes that never fail to drop our jaws with sick builds! While there are plenty of cool builders to name, this year Ringbrothers caught our attention with their portfolio for the SEMA show.

A 1972 Chevy K5 Blazer, a 1969 Camaro and Mustang, and a 1948 Chevrolet Pickup are transformed into wild creations by Ringbrothers for the 2022 SEMA Show.

The first-generation Chevy K5 Blazer was a game-changer and featured either inline-6 ​​or V8 engines and was known for combining capable off-road capability with a comfortable road layout. Ringbrothers retained the on-road and off-road capabilities of the K5 Blazer and that’s about it with how their build relates to the stock pickup. The “Bully” packs a crazy 1,200 bhp from a supercharged LS3 engine built by Wegner Motorsports.

Amplifying its off-road capability is a four-link wishbone suspension with off-road racing coilovers. With the sneak peeks Ringbrothers provided us with, the “Bully” is sure to look desirable too in a cool satin blue hue with contrasting black elements. The interior of this custom K5 Blazer also gets a bespoke custom treatment.

“Strode” based on a 1969 Chevrolet Camaro

The fame and performance appeal of the Chevrolet Camaro is slowly diminishing. But Ringbrothers wants to remind us of this iconic Chevrolet’s glorious past with “Strode”, their take on a wild 1969 Camaro. The only thing stock on this car is its name!

The chassis has been lengthened and the body replaced with custom carbon fiber panels that also make this classic Camaro wider. Ringbrothers lowered this Chevy for the perfect, wicked stance.

Powering this cool Restomod is a Wegner Motorsports-built LS3 engine crowned with a supercharged 2.9-liter Whipple pumping out an insane 1,000 horsepower. We suspect this is the same engine (albeit in a different configuration) found in the Chevy “Bully” pickup version.

strode gets a cool digital theme for the exterior which we can see from the pixel LED taillight design. The car is finished in a beautiful shade of phantom white.

At the heart of this 1969 Mustang Restomod is a Ford Performance Aluminator 5.2 XS engine mated to a six-speed shifter. This Stang will get plenty of custom carbon fiber body panels and a cool shade of blue. The interior is also said to be a bespoke makeover.

Related: Check Out These Stunning Green Cars Built By Ringbrothers

We saved the best for last. Enyo is going to be the craziest Chevrolet pickup we’ve ever come across. Ringbrothers pulled out all the stops in starting from scratch for this version of the Chevrolet Pickup. The cabin has been lengthened and narrowed.

And nearly every body panel on this pickup has been carved out of carbon fiber. Even the engine shoe is a one-piece carbon fiber unit. So expect some pretty significant weight savings on this build. Ringbrothers adopted Formula 1 technology for the suspension layout, as the Chevy pickup uses a four-legged independent cantilever suspension.

A 1000 HP big block marine race engine is at the heart of this hardcore race truck with gigantic Goodyear slicks to get things going. There are also some serious aerial deceptions on the table.

To top it all off, this pickup gets a funky green hue that goes well with all the exposed carbon fiber components. This build is crazy with a 1940s pickup fused with F1 technology. And it just might end up being the craziest 1940s Chevy pickup ever made!