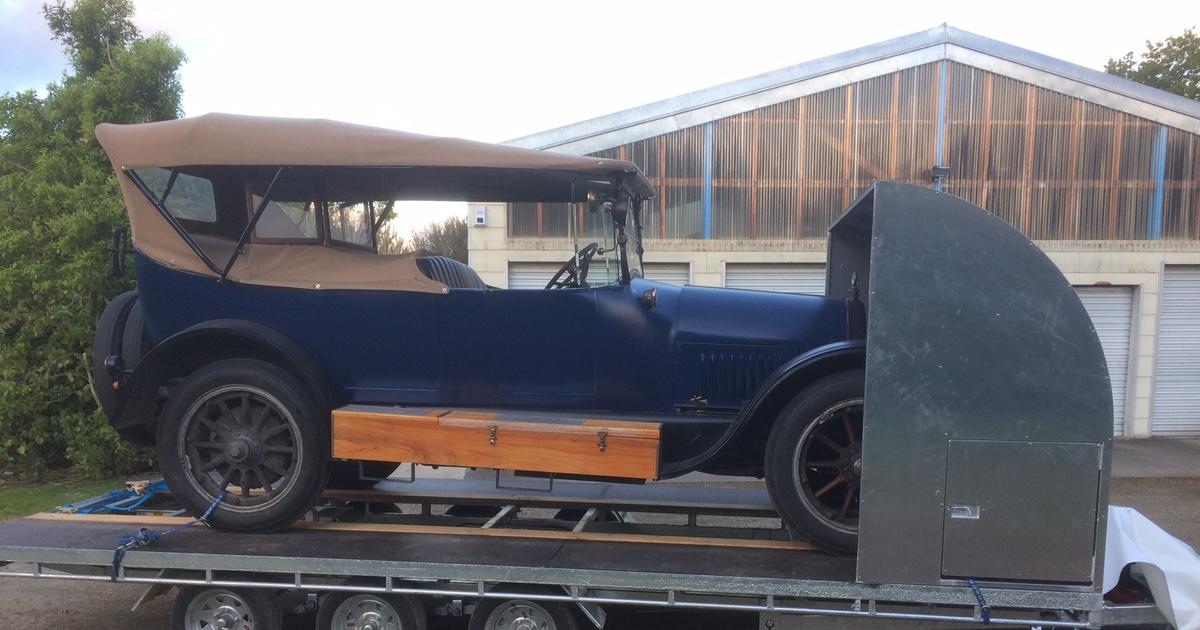 Commissioned by a couple who wanted extra space for guests and are passionate about classic cars, New Zealand’s Build Tiny came up with the idea for the Tadpole Tiny House. The new towable dwelling can comfortably accommodate two people and rests on a removable trailer, which allows it to be used to transport the owners’ old cars.

The Tadpole Tiny House (so named because the owners already have a shepherd’s hut called the Frog) is 7 m (23 ft) in length, which is about the average for a New Zealand-based Tiny House, albeit small compared to most North American models we see these days, such as the Magnolia V5 which is 11.5m (38ft) long.

Visitors enter the Tiny House through double glazed doors to find a large open plan living area which combines living, sleeping and cooking areas. Closest to the doors is the bedroom, which contains a double bed and shelves, while next to it is the living room, which has a TV, sofa and more shelves.

The kitchen is quite basic, due to its use as a guest house and not a full time home, and has a fridge, sink and microwave, plus a breakfast bar for two with stools. The bathroom has a shower, a small sink and a compost toilet.

When the time comes to use the trailer to transport a classic car, the house can be simply unbolted from its base, lifted up and the trailer removed. The trailer then tilts for the car to ride on and a nose cone is added. It’s clearly useful, as the owner reports that he’s already used it for 4,000km (2,485 miles) of towing his cars across New Zealand.

The Tadpole Tiny House is powered by a standard grid-based hook-up, but has also been pre-wired for a future solar panel setup if desired. It was delivered turnkey, with the furniture installed, although we have no word on the price of this one.