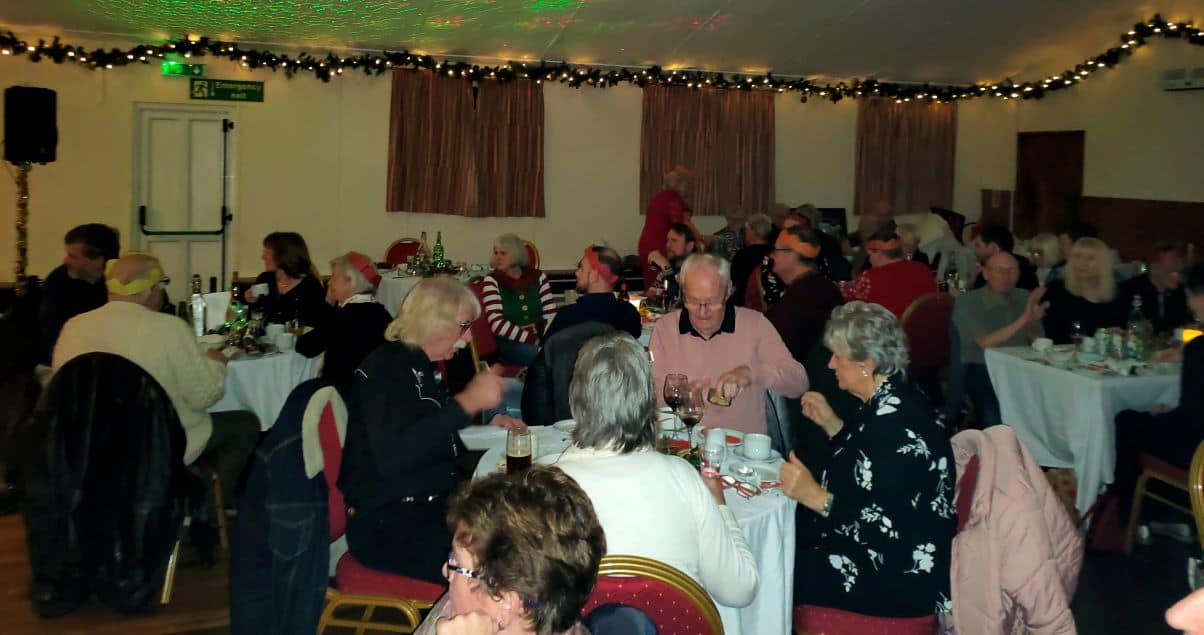 Cumbria Classic Car Club celebrated the end of a successful year of events with a charity Christmas party at Ivegill Village Hall.

In previous years the members celebrated the end of the year with a Christmas meal at a local pub, but this year decided to throw a festive party instead and raise money for charity in same time.

Guests enjoyed turkey pie and desserts served by the Ivegill Women’s Institute, while live music was provided by club members and local band Handle With Care.

As well as singing and dancing, club members tackled a guessing game with a mix of car parts and household items, as well as a puzzle quiz on candy.

Donations from participants bolstered the raffle which raised £125 for the club’s chosen charity, the Great North Air Ambulance, further increased by £35 from the auction of a historic Cumberland Sporting badge Car Club.

Club members enjoyed the evening, which was reported as a welcome change from the more traditional meals of the past, and look forward to another successful club party next year.

Founded in 1987, the Cumbria Classic Car Club welcomes all classic vehicle owners, with members owning a variety of vehicles, from a 1926 Bentley 3-litre to a relatively modern 2004 MG TF.

Currently over 80 members take advantage of the club’s events calendar, with tours, pub meet-and-greets, classic car shows and scavenger hunts allowing members to get the most out of their varied vehicles with enthusiasts sharing the same ideas.