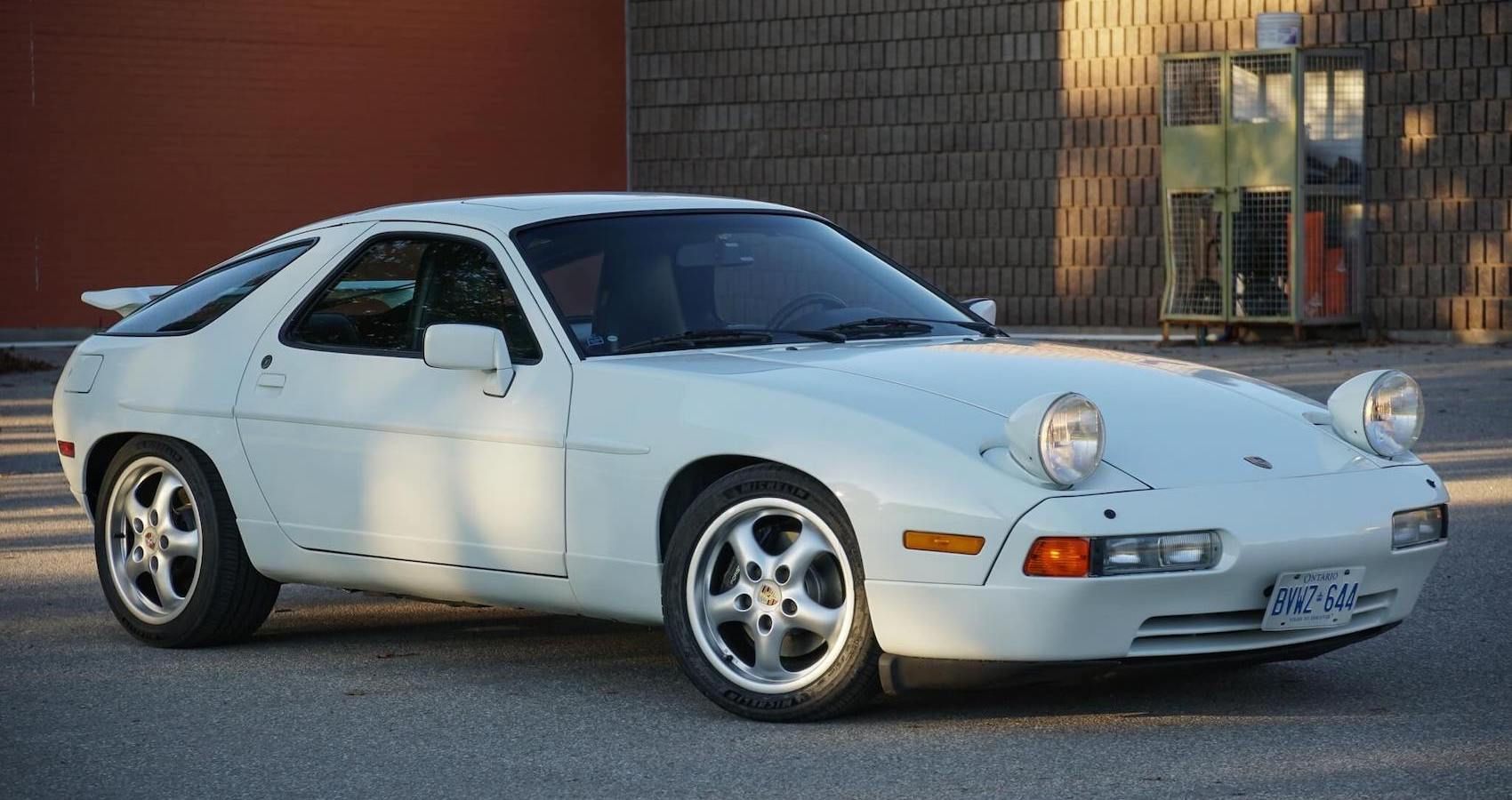 In the 1980s, endurance racing became synonymous with Porsche 956 and 962, and legendary drivers Derek Bell, Jochen Mass, Hans-Joachim Stuck and Bob Wollek. In 1987, as a thank you, Porsche gave each driver a 928 Club Sport for personal use. These automobiles appeared to be production 928 S4s at first glance, but Club Sport went further.

Only 27 copies of the Porsche 928 S4 Club Sport were made, making it a true automotive treasure. Four of these automobiles were prototypes, dressed in Guard’s Red and unveiled to the world in 1987. Testing is rumored to have begun as early as 1983. As mentioned above, four other test mules and vehicles from PR painted Grand Prix white were provided to Porsche 962 Le Mans drivers. They were meant to find out if people wanted a version of the company’s flagship GT that was more driver-focused.

These vehicles, each of which has been customized to reflect its owner’s preferences, have been put through their paces on the way to and from the racetrack, racking up a significant number of miles. In an interview, driver Hans-Joachim Stuck said he had to replace the rear tires every 10,000 km (about 6,200 miles) because the vehicle was so fun to drive. On the other hand, driver Derek Bell had such a strong attachment to his Club Sport that he retained ownership for nearly two decades.

Related: The Secret Behind The $3 Million Porsche 962 Schuppan Racer

Going back to the numbers, 19 of the 27 Porsche 928 S4 Club Sports produced were production vehicles. Four of them were designed for use within Porsche, either as press vehicles or as company cars for top management positions within the company. Therefore, there were only fifteen customers left to buy. That’s an incredibly small number, and no one knows that better than Porsche enthusiasts.

Additionally, the 928 you see in the pictures was one of seven vehicles produced in the model’s last production year, making it extremely rare. Even more stunning is the fact that it is the only one to be finished in forest green metallic, and it is also the only vehicle to have a cashmere beige interior. To put things into context, remember that 250 examples of the classic 997 Sport Classic were manufactured, a vehicle that today sells for more than $500,000.

This particular Porsche was built in 1989 and features the iconic CS Club Sport decal on the left front fender, making it one of only two cars to carry this special symbol. Compared to the standard Porsche 928 S4, this car weighs around 243 pounds less. No sunroof, no power seats, a lighter compressor for the air conditioning system, a lighter exhaust, no rear wiper and no rear sunshade on this vehicle already made up of a significant amount of ‘aluminum. All of these changes helped reduce the overall weight of the vehicle.

The absence of a PVC underlay and the use of smaller, lighter magnesium-alloy wheels also help reduce weight. The majority of them at the time lacked a radio and a central locking system. Models differed based on what was in stock at the factory. This specific vehicle, with chassis number 840540, is equipped with a six-speaker Blaupunkt Bremen audio system.

Related: Super Rare Classic Car: Why We Love The Porsche 550

In addition to modifications typical of the Porsche 928 CS, such as a final drive ratio of 2.72:1 for faster acceleration, a relatively short gear lever, an original limited-slip differential, a gearbox- axle, a ZF transmission without vibration damper, sports seats, a wider track and a reduced ride height, this particular Porsche has a unique engine. It uses a separate control unit and higher-performance camshafts than the stock 5-liter V8 with 320 horsepower.

Additionally, a unique “SP” suffix at the end of the engine number sets it apart. Some say this engine is a survivor of early prototypes. The engine provides greater acceleration and engine braking, as well as more responsive throttle response. This specific Porsche 928 Club Sport, which is preserved in excellent condition, is currently in Berlin, Germany. Its odometer shows approximately 74,564 miles.

The current, third owner, a collector of exotic cars, bought it from a Swiss dealer. He had bought the automobile from a Swiss owner who bought it from legendary Porsche engineer Bernd Kahnau, the guy behind the 924 GTS. The rare Porsche 928 Club Sport comes with a Porsche AG Certificate of Authenticity certifying its matching serial numbers, along with the original owner and service manuals. All we can say is that whoever ends up owning this car will be really lucky.