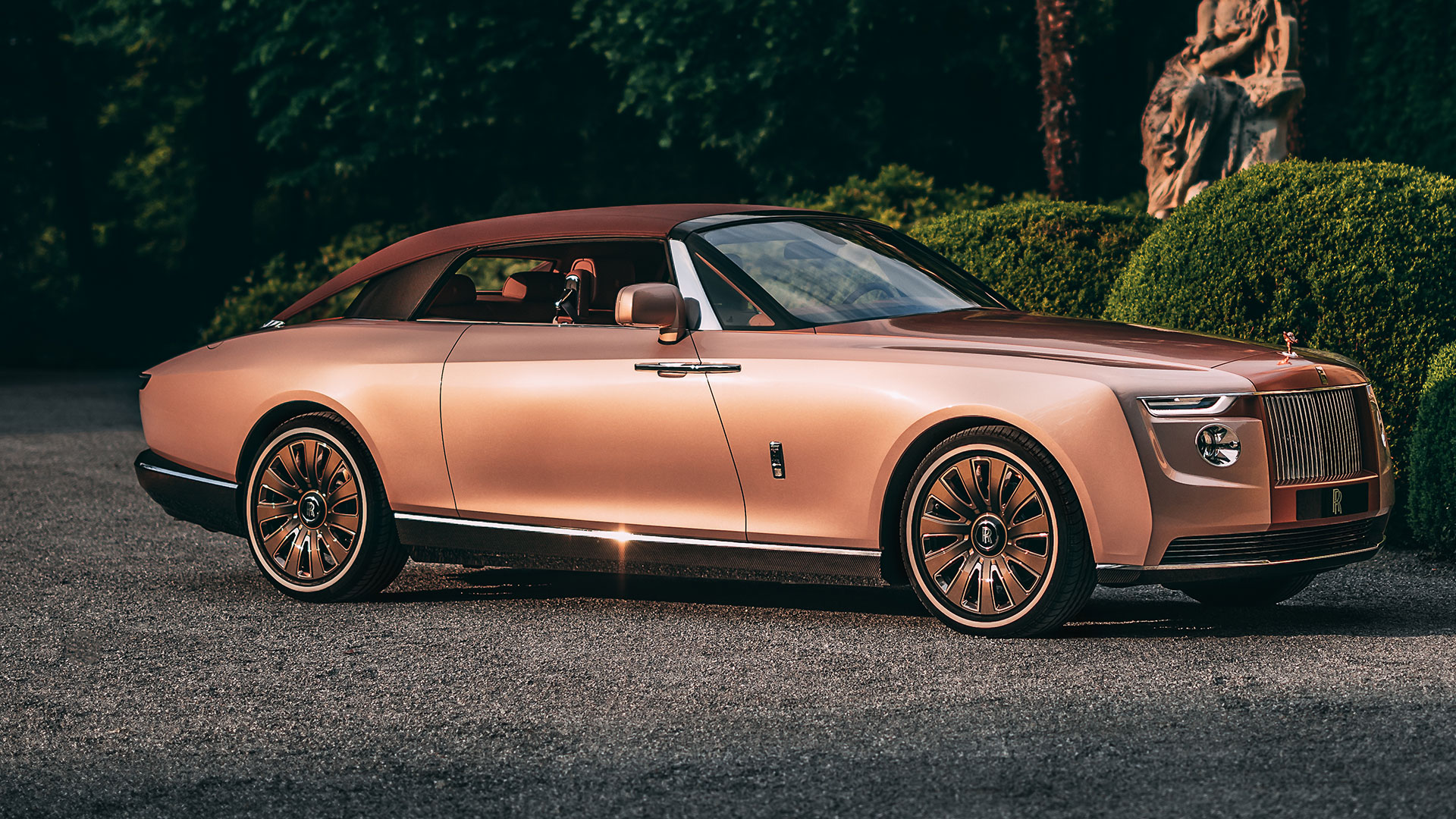 A one-of-a-kind Rolls Royce has been unveiled at a price tag of £20million, making it one of the most expensive cars in the world.

The second bespoke car in Rolls Royce’s Boat Tail trio has been launched after being commissioned by a family who made their fortunes in the pearl trade.

Inside, its detail was inspired by mother-of-pearl, which is a nod to the commissioners of luxury automobiles.

In the back of the crafted vehicle, there is an “accommodation suite” with a dining set, beverage cooler, and food warmer.

And on a sunny day, the driver of the two-door four-seater can also extend a table and open a parasol – all of which are hidden under a pair of gullwing doors. 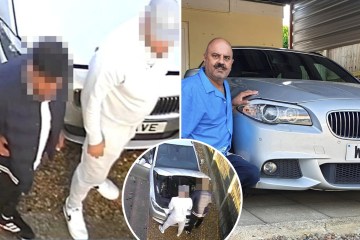 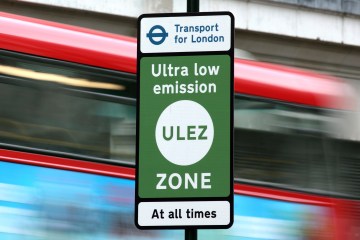 Rose gold-plated crockery and a set of cutlery made by Christofle de Paris come with the car – and the lucky driver can use them outdoors once you stop for a picnic.

The elegant Rolls Royce also has a mother-of-pearl dashboard clock and a host of luxurious gadgets hidden inside.

Inside, the iridescent material is also used on the control switches and dials “creating a strong visual and material connection between the car, the owner and his family heritage”.

And the transmission tunnel is formed from Royal Walnut veneer – with rose gold striping, to add to the stunning opulence.

The manufacturers, based in Goodwood in Sussex, declined to name the customer for whom the world’s most expensive car was created.

But Rolls Royce said the new Boat Tail had been created by its Coachbuild arm bespoke for him, “as a tribute to his father and family heritage”.

Avid motor fans can see the beauty unveiled at the Concorso d’Eleganza event at Villa d’Este in Lake Como, northern Italy, on Saturday.

Rolls-Royce said: “It was commissioned by a patron whose family business has grown from his father’s origins in the pearling industry.

“Avid traveller, educated abroad and cosmopolitan in taste and influence, the client is an acknowledged patron of the arts, who further possesses an extensive collection of classic and modern cars, housed in a dedicated private museum.”

The stunning proprietary engine uses four specially chosen pearl shells and mother-of-pearl highlights as the basis of its color palette.

More than it looks, the flamboyant Boat Tail can go from rest to 100 km/h in about five seconds.

Rolls Royce added: “Although the trio of Boat Tails share a common body style, each is imbued with the sponsor’s unique and very personal imprint, thus telling different stories.”