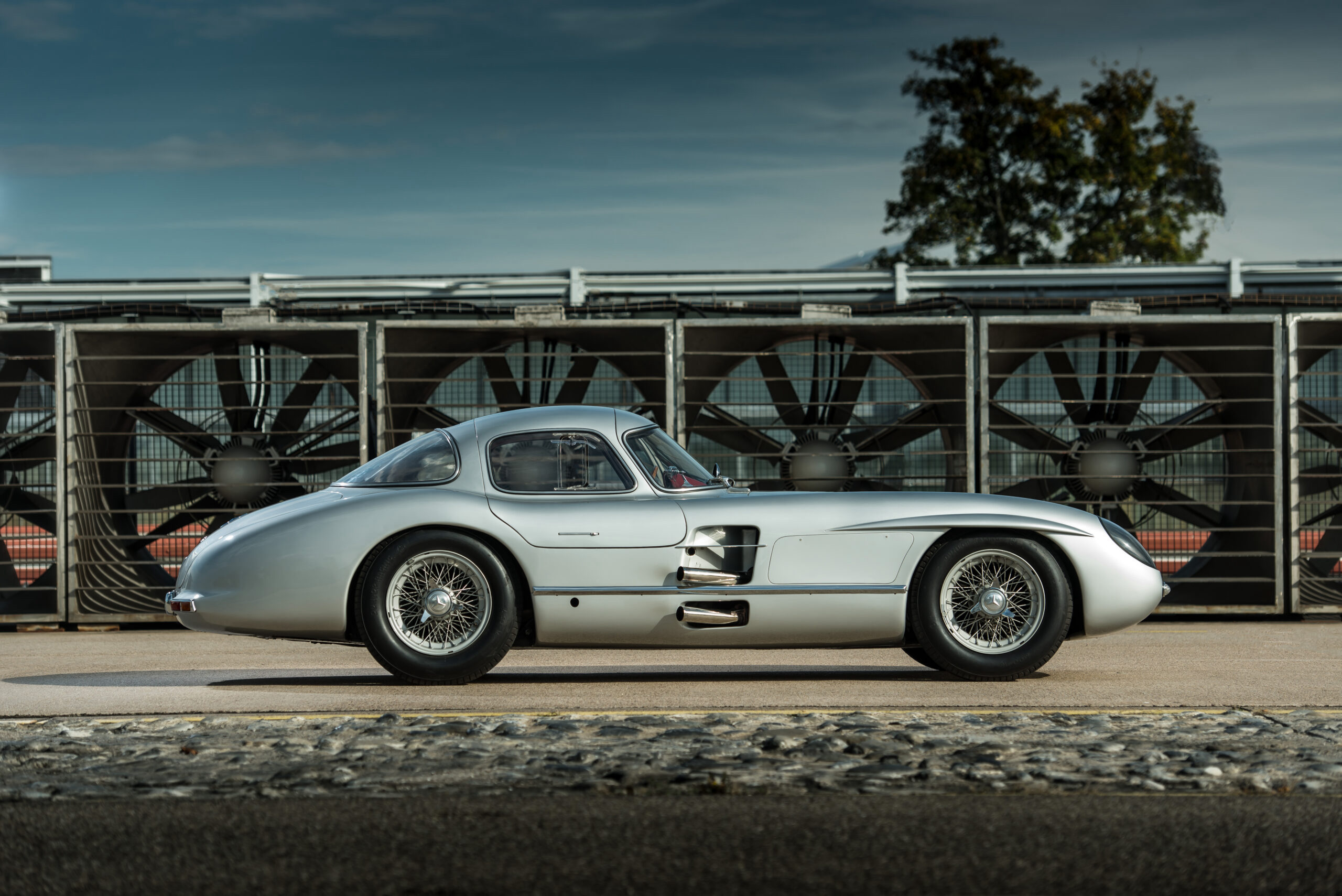 Mercedes-Benz has made some of the most beautiful cars to drive on asphalt. But when you think of the most expensive cars ever sold, most people don’t think of Mercedes. Other European brands such as Ferrari, Bugatti or Lamborghini top the list. However, rumors suggest a 1955 Mercedes-Benz 300 SLR “Silver Arrow” race car sold for $142 million, more than double the supposed $70 million record set by a Ferrari 250. GTO in 2018.

Where did the most expensive car ever sold come from?

Hagerty explains that much of this information is rumor and speculation. Soon we should have more clarity on what exactly happened or not. This is what we know at present.

As Hagerty noted, what’s stranger than the astronomical price tag is the fact that this car comes from Mercedes-Benz’s private collection. About 10 people were reportedly invited to Merc’s museum in Stuttgart, Germany. Needless to say, these people were selected first based on who could afford such a car and second if they were the right person to look after the Arrow, by Mercedes standards.

Hagerty mentions Mercedes’ second criterion: “The company wanted to ensure that any custodian of the Silver Arrow race car would lavish it with the same care and attention as Mercedes and would continue to share the car at events and not would not resell to a third party.” As with any such major purchase, the cost is over $142 million, and Mercedes is far too proud of its factory car to let it crumble or get painted purple by a 17-year-old YouTuber.

The “Silver Arrow” is not only a Mercedes 300 SL – if there’s such a thing as ‘just a Mercedes 300 SL’ – It’s the fire-breathing coupe that won 9 of 12 F1 Grands Prix and two consecutive world championships for driver Juan Manuel Fangio in 1954 and 1955.

The 300 SLR also dominated the world of sports car racing. According to Hagerty, the 300 SLR won one of the most famous road races in history: Stirling Moss’ successful Mille Miglia with Dennis Jenkinson in the passenger seat in May 1955. Less than a month after that historic race , a pair of Mercedes 300 SLRs led 24 of the LeMans race. One of them collided with an Austin Healy. This sent the Healey flying into the crow, killing 84 people and injuring many more.

This tragic accident forced Mercedes to park its racing cars for more than three decades. However, Mercedes built two hardtop 300 SLRs (known as the Uhlenhaut Coupes after the head of the test department, Rudolf Uhlenhaut, who drove one as a company car).

You will have to watch this one closely.

These factory runners are so valuable because, according to Karl Ludvigsen – one of the most respected automotive historians in the field – “I haven’t heard of a direct sale like you [Hagerty] suggest. The reason for a high price would simply be that they never sold,” he told Hagerty.

“If a W196S 300SLR were to go private, it would be a HUGE sensation. The Mercedes-Benz cars in question are from the so called Silver Arrow era from 1954 to 1955, only Grand Prix cars and 300SLR sports cars. All other Mercedes-Benz racing cars were sold at the time and/or available on the open market, as far as I can tell.

There are solid leads on who might have bought this monumental car. After all, there can only be one “most expensive car ever sold” at a time. If this rumored 300 SLR “Silver Arrow” turns out to be true, then sayonara Ferrari 250 GTO.

RELATED: Bonhams 2021 Auction Just Sold Some Of The World’s Most Expensive Motorcycles