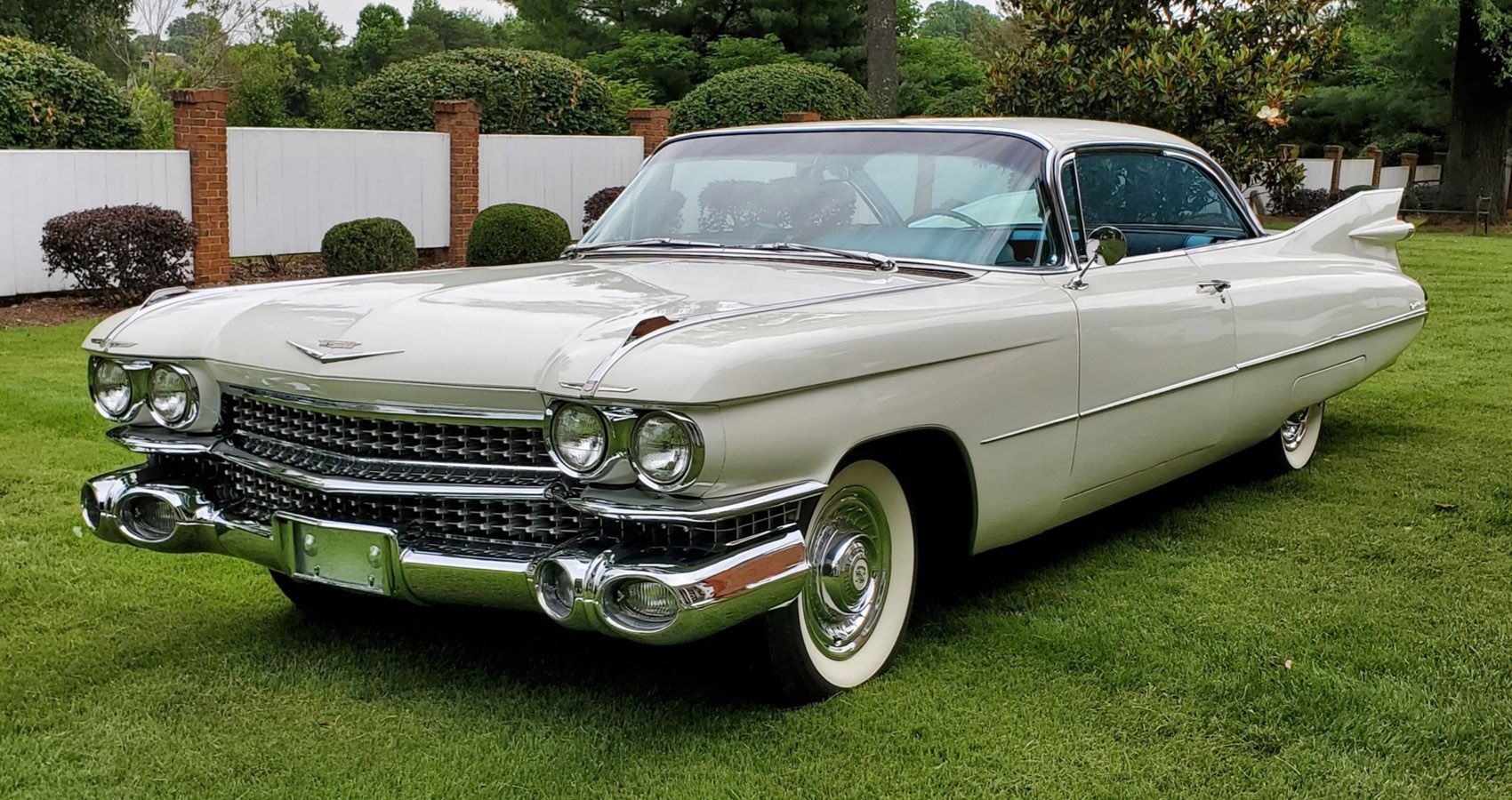 For all his big hair, baritone voice, and love for flashy cars, Elvis Presley left Earth too soon. Baz Luhrmann’s self-titled biopic brings Elvis back to the world to rediscover the man, his music and his love for everything Cadillac. So okay, we rigged on the car bit. The movie isn’t about cars, but it certainly brings the spotlight back to the cars Elvis loved, and the classic Cadillac market sees a silver lining because of that.

Elvis the film is taking the box office by storm, having already collected $130 million and still going strong. The biopic surpassed the $75 million mark at the box office in 12 days and because of that, interest in a particular brand of classic cars has skyrocketed.

In the film, Austin Butler tries out for the role of Elvis and the film chronicles his life, career and ultimate downfall, but the highlight of the film, for any autophile, is the cars. Meanwhile, the market for Cadillac classics is appreciating, because after watching the movie, suddenly more people want to bask in the glory of Elvis’ cars, or at least the namesakes.

Elvis didn’t just have one Cadillac, but rather, he had them all. So when it comes to the newfound appreciation of Cadillacs in the classic car arena, is there just one or more that has fans lining up for a purchase?

How many Cadillac Elvis did he own?

No one can say exactly how many cars Elvis had in his 42 years. Rumor has it that Elvis owned at least 200 Cadillacs and that he not only left them strewn across his lawns at his gorgeous Graceland estate, but he also loved giving them away. Once he had the Cadillac, or even other cars, and had done a few rides, it was time to move on to the next one. As such, he gave away cars, sometimes to friends and family and sometimes just to acquaintances.

Elvis gave the second Caddy he ever bought, a pink 1955 Fleetwood Series 60 to his mother. This car is on permanent display at the Graceland Museum in Memphis, Tennessee, and a replica can often be seen at breast cancer awareness events.

Then there was a solid gold 1960 Cadillac Series 75 Fleetwood limousine. It was a custom car for Elvis, complete with stereo and TV, full bar, and diamond dust pearlescent paint. . If Elvis were to buy it today, it would be $500,000, minimum, and not like a classic car but rather adjusted for inflation. You can view this car at the Country Music Hall of Fame in Nashville, Tennessee.

RELATED: Everything You Need To Know About Elvis’ Pink Cadillac Fleetwood

Elvis’ hit on a car

Elvis may have loved his Cadillacs, but when it was the only car he bought to impress his girlfriend, Linda Thompson, Presley couldn’t stand it. When he bought the Ford-powered DeTomaso Pantera, he was a hothead with a slick career and a reputation for filming things he didn’t like, including his television.

After an argument with Howard, Elvis tried to storm out but the Pantera wouldn’t start, so he fired at it, with a bullet ricocheting off the steering wheel. In 1976 Elvis sold the car and the following year he died. In 1981, the Pantera was traded for $300,000 worth of diamonds before finding its permanent home in the Petersen Museum.

The Cadillacs are lucky Elvis didn’t have a crisis around them, or should we say, they were just the better cars.

The 1959 Cadillac Coupe DeVille was an Elvis favorite

With the release of the movie, it looks like Elvis music is back in vogue and you can hear a revival everywhere from Spotify to Apple Play to clubs. Along with his music resonating softly through the annals of time, his cars are also making a comeback. There is renewed interest in the Cadillac market, particularly the 1959 Cadillac Coupe DeVille, which was one of his favorite models.

Prices are everywhere, mainly due to the condition of the cars. You can have decent models for around $50,000, but resto-mods and Concours models are well into the six-figure category. You can get one for less if you’re willing to take a project car, but things get expensive for Caddys, especially those from the Elvis days.

But if you want one that The King owned, well, think seven figures. . According to Mecum Auctions, a 1972 Cadillac Sedan DeVille station wagon custom-built for Elvis by GM was auctioned in 2011 and then reappeared on eBay for a whopping $1.5 million. The King may have left the building and the planet, but the cars are still there and fans can’t get enough of them.