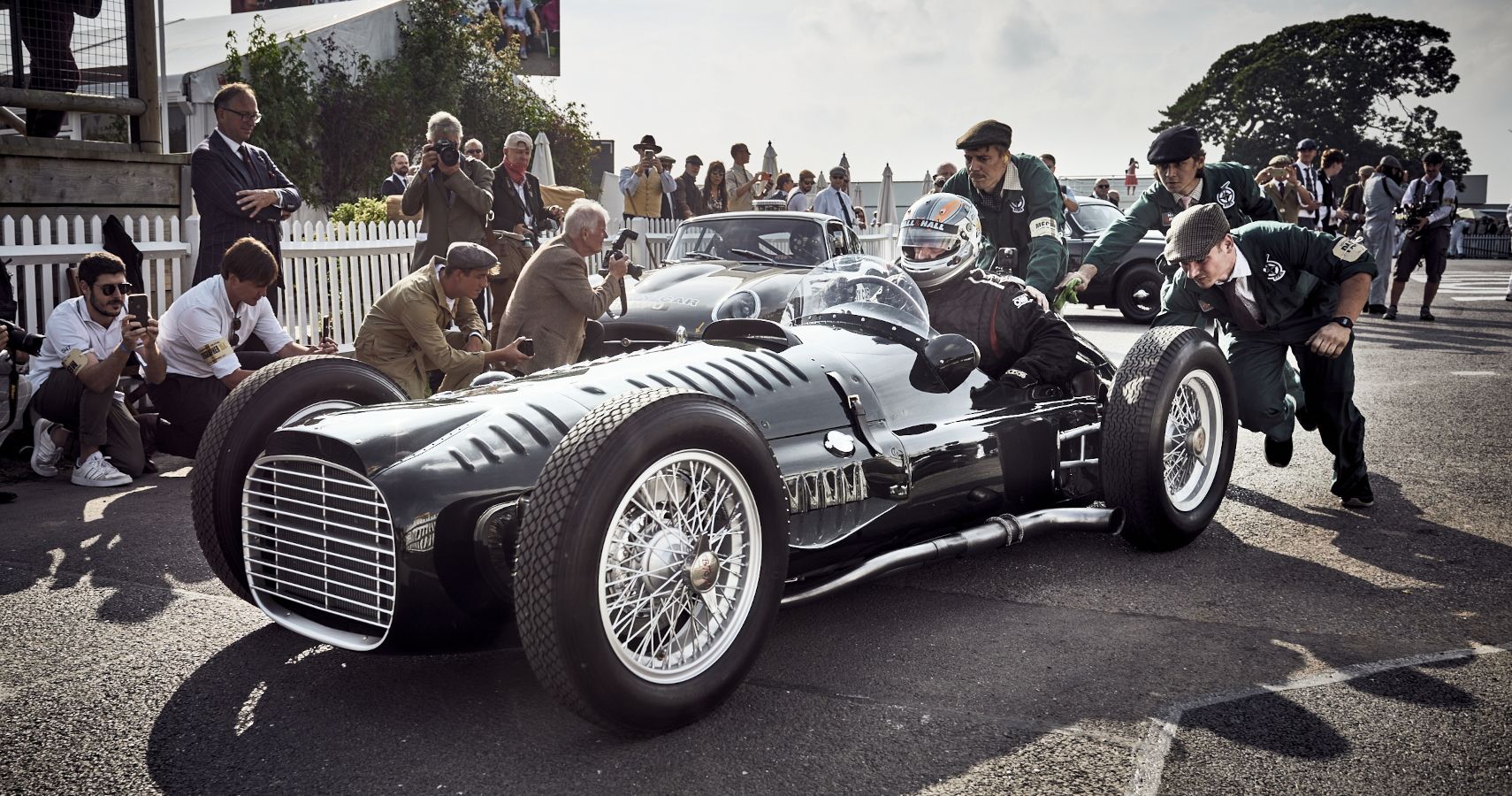 Engine sounds that will push your ears to the breaking point. Gorgeous car shapes long forgotten by the mainstream automotive industry. A totally different way to race. And cars exceeding the price of most mansions that are fighting on track. It is certainly not an understatement to say that the art of racing classic cars is unique in the world of motorsport.

And with modern motorsport moving towards cleaner energy and engines that don’t wake up the neighbors as much, more and more people are heading to the ever-growing number of events to watch old-school cars and bikes. go wheel-to-wheel.

Perhaps the most famous motorsport event for vintage enthusiasts is the Goodwood Revival. The event takes place towards the end of the British summer on a lost circuit within a vast domain. The circuit in question, Goodwood Motor Circuit, closed in 1966 after hosting one last Grand Prix and has remained in the same condition it was after its last event for over 40 years.

In 1998 the circuit reopened, welcoming a sea of ​​classic racing fans for what was then the first Goodwood Revival. Marking the 50th anniversary of the track’s initial opening, the event put all the same cars that raced between 1948 and 1966 on the track for a plethora of great races. The first edition of this now iconic event was so successful that it continued to run and grow for years.

Today, many regard the Goodwood Revival as the Mecca of classic motorsport thanks, in part to the races, but certainly to the incredible atmosphere that the organizers manage to create. Here’s why all classics enthusiasts should check out the Goodwood Revival.

Atmosphere like no other: immerse yourself in the 50s at the Goodwood Revival

Racing vintage cars on any given track is something you can experience just about anywhere. What really sets the Goodwood Revival apart is the atmosphere. You can attend the event and spend the whole time away from the track wandering around the paddock and village that is set up nearby, and still have an experience as good, if not better, than sitting next to the action on the track.

It has now become a tradition for anyone attending the event, whether to attend or for work, to dress in clothes seemingly from yesteryear. Women walk around in 1950s floral tea dresses, men patrol in suits and flat caps. Even the competitors have fun with all the mechanics donning baggy white overalls.

Elsewhere, actors descend on the annual occasion to portray various period events. During this year’s edition, a flying saucer crashed on the circuit grounds. Surrounded by actors carrying billboards, singing about how governments hide things from the public, the stage did its best to recreate the cultural obsession with aliens.

RELATED: These Are The Best Vintage Racing Events In The WorldActors also bring the many shops and stalls around the circuit to life, giving visitors a real experience of a bygone era. In fact, an entire village is set up within the confines of the circuit with garages, shops, advertisements and vehicles that all date back to the late 1950s and 1960s. First-generation Ford Transits, for example, become pickup trucks ice cream.

Many activities take place during the three-day event around this “Revive and Thrive” village. Visitors can watch talks while seated on stages resembling vintage cafes, while kids can learn skills like sewing and upcycling furniture in what organizers call Crafting Cabins.

The Goodwood Revival has some of the best classic car racing

Dressing up in your finest vintage dress and discussing the possible existence of aliens while exploring a bustling 1960s village might sound like fun. But the Goodwood Revival is still a hub for classic motorsport, and there’s a reason why many consider it the best venue for classic car racing.

The Goodwood Motor Circuit is one of the best. Corners like Fordwater and Madgwick put any car on the edge of grip, and the tight chicane that ends the lap is a bravery challenge for any driver. The combination of long straights, flat corners and tight, twisty sections is a great mix, making for excellent wheel-to-wheel racing.

Throughout the weekend, many different races take place on the track, from single-make classes to iconic groups such as St Mary’s Trophy. The latter pits big Fords with powerful V8 engines against lightweight European passenger cars like the Lotus Cortina and Mini Cooper in what is the automotive equivalent of David and Goliath. Another race, the Stirling Moss Memorial Trophy, sends the most expensive racing cars ever sold onto the track to compete against each other. It’s one of the only places in the world where you’ll see countless Ferrari 250 GTO cars battling priceless Ford GT40s and Shelby Daytona coupes inches from the wall. To the dismay of many, battles sometimes end in rather costly crashes.

RELATED: Watch the 1963 Ford Galaxie use its muscles to destroy the competition in a race at Goodwood

Behind the wheels of these thunderous cars are often some of the world’s greatest racers. Former F1 drivers, NASCAR legends, IndyCar champions and British touring car heroes jump into similar cars to prove who’s the best.

This year’s event saw Jimmie Johnson add to his list of vehicles driven when he took the wheel of a Ford Galaxie 500 in St Mary’s Trophy. Jenson Button, Frank Stippler and Guy Smith were also among the many big names in this year’s race.

It’s not just the big names, as the Settrington Cup race lets kids race in front of their adoring fans. At this event, toy pedal cars line the grid before a slew of kids race to their machines and pedal down the main straight. The start from Le Mans and the intense pedaling required to win leaves the youngsters breathless, as they are then surprised by broadcasters for often very sweet interviews.