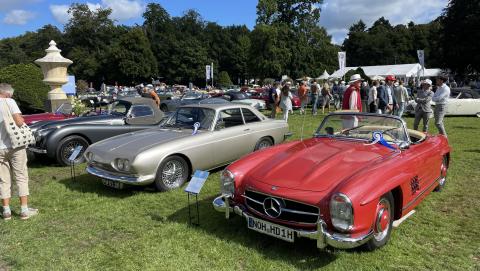 I decided to take my Mercedes W123 to the event as my friend came in his very nice Jaguar XJ350.

BHPian Jeroen recently shared this with other enthusiasts.

This weekend, Peter and I went to see the Concours d’Elegance Paleis Soestdijk. It is one of the best classic car shows in the Netherlands. It takes place in the former palace of our former Queen Juliana.

We have visited this Competition several times. In 2019 it moved from Palais Het Loo to its current location, Palais Soestdijk. The formulas have also been adjusted. It is widely advertised as a family and lifestyle event rather than just a classic car event. Besides classic cars, there are plenty of other things to see and do.

The list of cars participating in the formal Concours is very impressive. Looked:

I live about a half hour drive south of the palace and Peter to the north. So we decided to meet at a well-known motorway restaurant, de Witte Bergen, close to Soestdijk. I decided to take my Mercedes W123. I hadn’t run it for a few months.

Cruising on the highway. Beautiful weather, not too hot. The W123 has no AC power. I arrived a little early at the restaurant parking spot. We had a good cappuccino and cake while waiting for Peter to arrive. Peter has a very nice Jaguar XJ350, which we drove to the palace. The parking lots around the palace are a bit of a thing. The general public must park in car parks 4-7 kilometers away, free shuttles take you there. As you will see, there is also a “bring your own classic car” parking space as part of the event. You will have to pay a small fee and park your classic there, right next to the main event. Your car must be at least 40 years old to benefit from conventional parking. But Peter had organized free entrance tickets and a VIP parking ticket. These types of shows get quite expensive. It costs almost 30 euros for an adult ticket (INR 2400). But it’s well worth it!

We parked and walked in. The first thing we had to do was see people at different booths. So we drove through the lot enjoying the view of so many cars. Very often you will also see very rare cars. 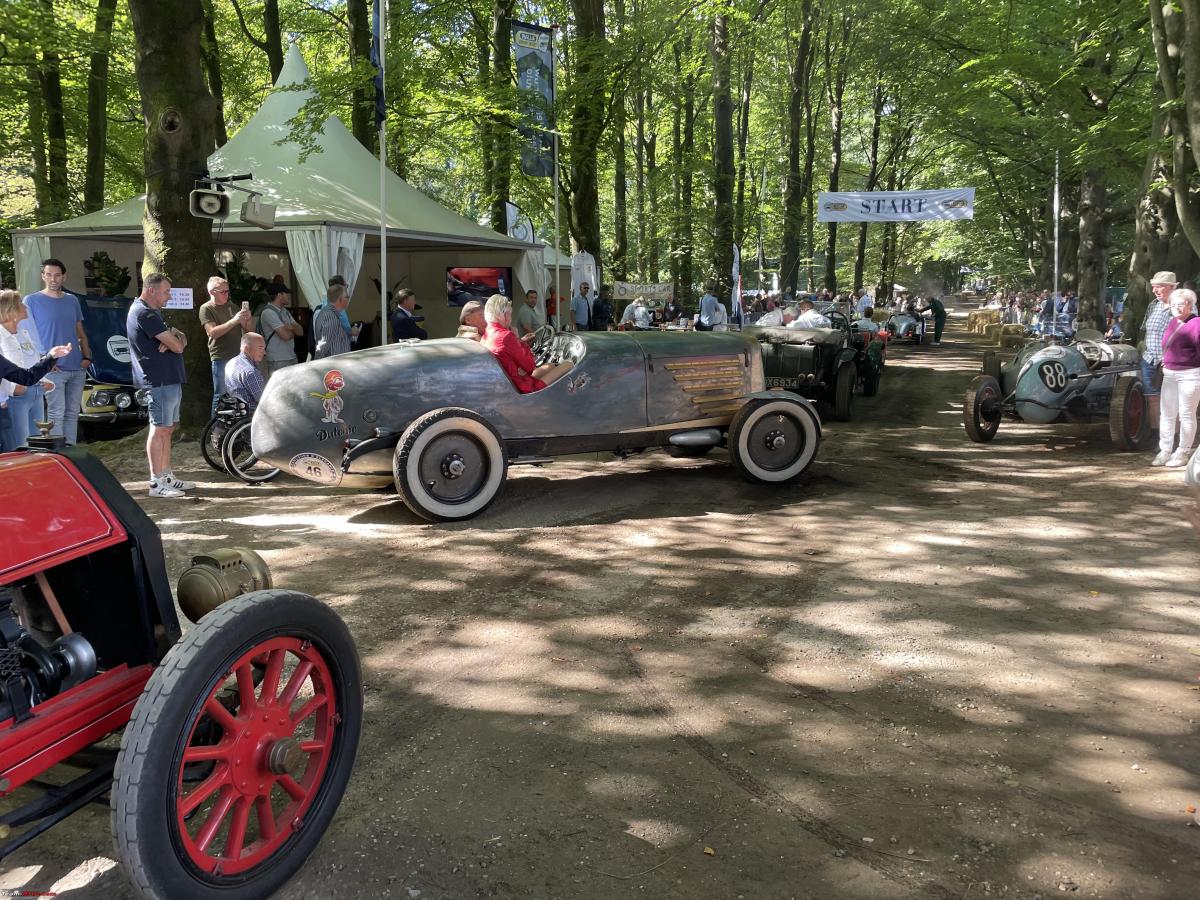 As I mentioned before, it’s not just about classic cars, several of the most exclusive car brands were here, RollsRoyce, Bently, Aston Martin and Ferrari to name a few. The main concourse is in front of the palace. A very unusual and rare 1951 Veritas Dana. He has a trainer from Baur. The 1950s were probably towards the end of the era when automakers allowed bodybuilders to build on their chassis. Many people will recognize this iconic car, even if you don’t like classic cars. A Mercedes Gullwing. Will cost you at least a million euros. Here you can just take a tour. We saw at least three of them scattered around the palace grounds. 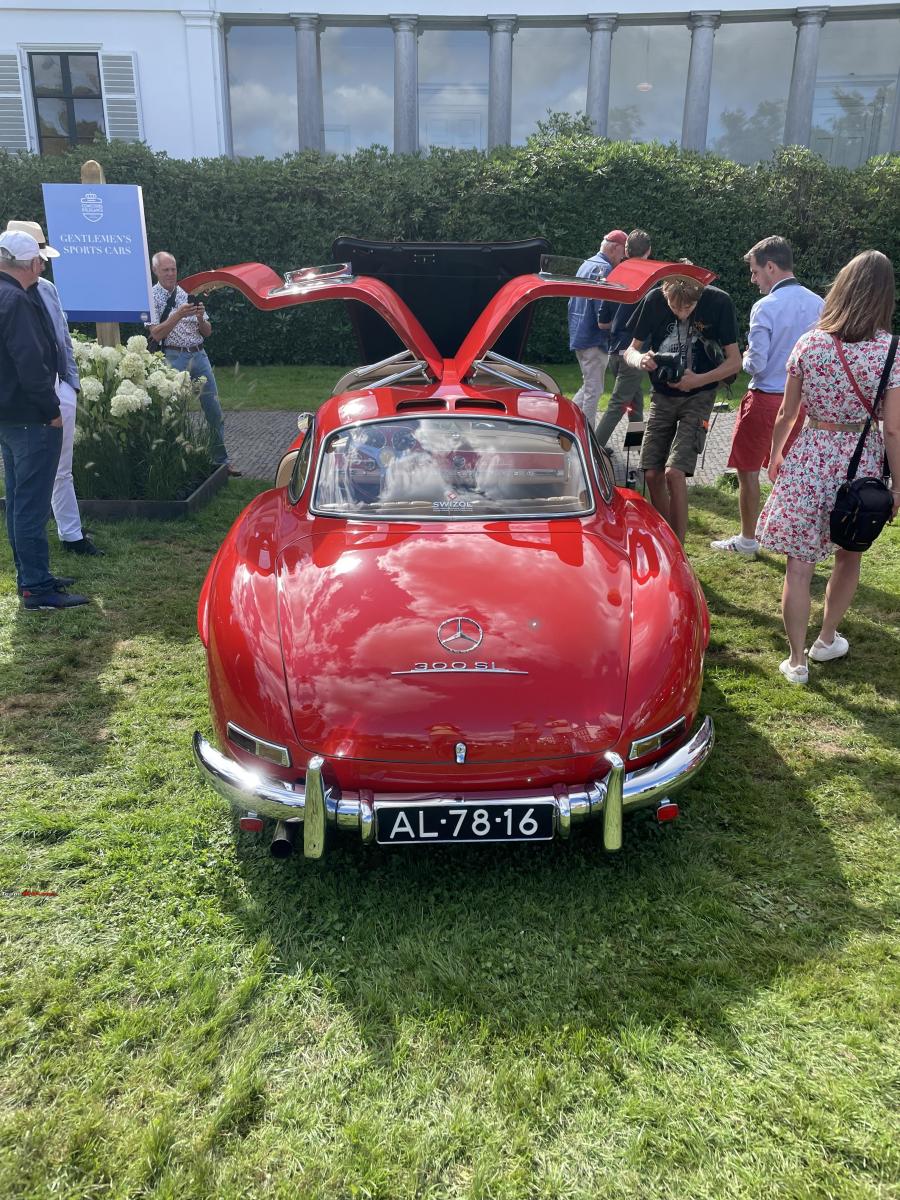 Neither Peter nor I are really into American cars. But this original Thunderbird is very beautiful. Correct color too. This is what a fully restored Aston Martin engine and engine compartment should look like. Work of art! 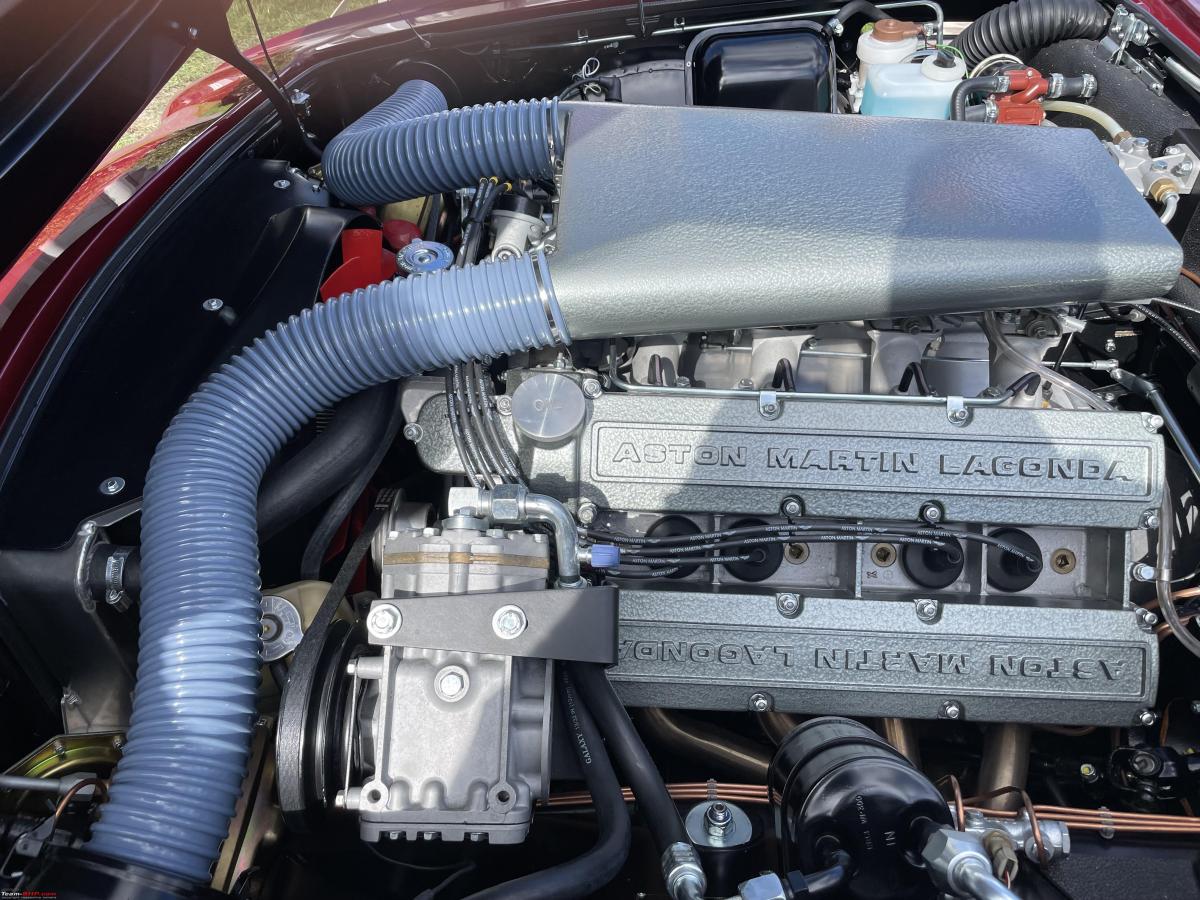 A magnificent Mercedes 300SL, not as expensive as the Gullwing, but just behind! Ferrari was out in force here, with many cars all over the palace grounds. New and many classics. This 1967 aluminum 275GTB/4 is pretty rare, I don’t know what the going rate is for the GTB these days, but it will be a mile over the value of the Gullwing. My favorite Ferrari, the little Dino. Often not considered a real Ferrari. But I think it’s beautiful, just like the 308. Queen Juliana’s husband was Prince Bernard. He was a bit of a playboy. He loved planes (he was a pilot, yachts, beautiful yachts and cars). So they had collected some of the cars he had owned. Like this Ferrari. Unfortunately, Bernard was also bent over. He received a huge bribe from Lockheed to influence the Dutch government’s decision on warplanes at the time. He had to step down from various official roles at the time.

Some more unusual models and cars on the grounds of the palace. You might think it’s a Mercedes. There are three-pointed Mercedes stars all over this car. But you would be wrong. It was listed as a 1986 Isdera Spider 033-16 with a trainer from Eberhard Schulz. Still, it looks like they dug into the Mercedes parts bin to build this thing. Interesting and very blue cockpit!