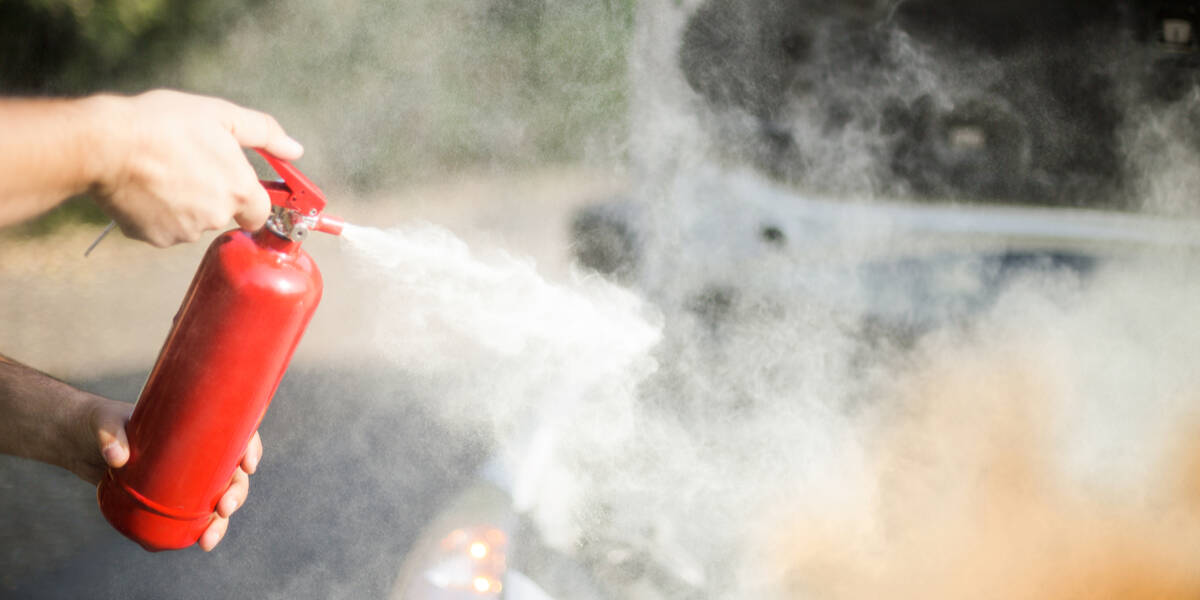 What a beautiful classic car. Too bad if something were to happen to him • The register

Episode 1 There was a fire.

“Not in the building?! I jump in front of the tanned face of the Boss.

“Just outside the building,” he said.

“I thought you said you had been IN a fire,” the PFY said.

“And don’t you think it’s suspicious that it caught fire seconds after I left the building?” he asks.

“Seconds after entering oxygen-rich air and accelerating to a speed that would both cause your alternator to age faster and fan the emerging flames?” asks the PFY.

“I guess when you say it like that…” the Boss reluctantly admits. “But I lost everything.”

“Oh, were your wife and children at the Austin?” »

“So just your house, life savings, that timeshare in France and your pension plan?”

“No, all my work stuff! My briefcase, my laptop, my wallet and my phone. All my work notes.”

“Not your work notes!” the PFY gasps. “And just as you were about to solve Hodge’s conjecture!”

“And I hope you took copies of your plans for a working cheap fusion reactor!” I blow.

“What are you talking about?”

” Nothing. So why are you here and not with your vehicle?

“The car is towed by a salvage company. I have a friend who can restore it to working order.”

“Oh, do you know anyone with a compactor?” said the PFY.

“He did the original restoration,” the boss says, ignoring the PFY.

“He’s an Austin Cambridge specialist and I’m sure he’ll get it back to working order.”

I make a mental note to get another solar switch and a length of starter cord long enough to wrap around a fuel line.

“So what brings you here?”

“I need a new keycard. For the building. Thought I might as well get one now.”

“He asks for two pieces of ID. We didn’t need it before, but a couple of the more authoritative board members started to worry about people floating here on driftwood in the express purpose of putting their medical degree to good use as one of our cleaners…”

“What are you talking about?”

“The board. About every two board meetings they have been thinking about another issue designed to protect the company from the threat of the day – migrants, money laundering, terrorism – you name it, there’s a question in the onboarding process for Do with it.”

“But I’m already on board.”

“Indeed you are – but what better way to filter out the bad eggs than when they want to renew their security access card.”

“We really only have your word for it,” says the PFY.

“IT WILL BE ON THE CAMERAS!” said the Boss triumphantly.

And that’s how. As smoke begins to enter the car, the Boss’s ride takes on the look of a blind man in a cart dash with him dashing into a number of vehicles before rolling out of the vehicle like a sedated stuntman .

“It doesn’t show that your ID was burned.”

“…If he can find two people to confirm that he is who he claims to be.”

“I don’t know. I think we need unbiased people. There is no control if we confirm your identity AND verify our credentials. It would be a conflict of interest.”

The boss walks away and ends up rounding up a few staff.

“Excellent!” said the PFY. “Now I need to confirm your name and bank account number.”

“Why do you need my bank account number?” asks the boss.

“Do you know any verifiable banking information?” the PFY sighs.

“I know my credit card number.”

“Let’s go then,” said the PFY as they clicked on a box.

The boss provides the information, which will no doubt be used in the future by his insurance company to verify who purchased the starter cord and timer.

“Do you have an online copy? »

“The laptop burned down.”

“Can you ask HR to waive this or look up your contact details?”

…a quarter of an hour later…

“Okay, and can you confirm your date of birth?” …

“Listen, why do you need all this information? the Boss cracks. “I’ve been here for over an hour and I have to go home!”

“We need to set verification questions for next time – so we don’t have to repeat this process.”

“Okay, I think we’re done. All we need now is a picture…”

“…and I’m just going to upload this…”

“The photo is all distorted! says the boss. “I look disturbed.”

“Yes, the system is designed for a 50mm lens, but my phone’s camera has a wider angle, so it tries to compensate by emphasizing the foreground.”

“In that case, I guess we can try again. >clicky

I just need to see two pieces of ID…”